Arsenal welcome Tottenham Hotspur to the Emirates Stadium for a huge North London Derby on Sunday afternoon. Here is our preview

The Gunners head into the game off the back of an important 3-1 victory over Olympiacos in the first leg of their Europa League last-16 tie so they have put one foot in the quarter-finals ahead of the return leg next week.

However, Arsenal have endured a torrid domestic campaign as last weekend’s 1-1 draw with Burnley has left them sitting 10th in the Premier League table and well off the pace in the race for European qualification. Therefore, Arsenal simply have to win tomorrow if they want to retain any hope of climbing the league to snatch one of the Europa League places.

This is a big game for Tottenham too as they head to the Emirates in seventh position and Spurs can move into the automatic Europa League qualification spots with victory over their North London rivals tomorrow.

Arsenal have no fresh injury concerns to worry about so Mikel Arteta has virtually a full-fit squad to choose from after Emile Smith Rowe returned from a hip injury in midweek.

The Spanish coach could be tempted to freshen things up after a long trip to Greece on Thursday night so the likes of Nicolas Pepe, Dani Ceballos, Alexandre Lacazette and Rob Holding are all pushing for recalls.

Tottenham expect Harry Kane to be available to start against Arsenal despite the striker picking up a knee complaint during the win over Dinamo Zagreb on Thursday.

Giovani Lo Celso is still out with a back injury but otherwise Jose Mourinho has no other fitness concerns. Matt Doherty, Sergio Reguilon, Toby Alderweireld, Pierre-Emile Hojbjerg, Gareth Bale and Lucas Moura are all expected to be recalled after being named on the bench in midweek. 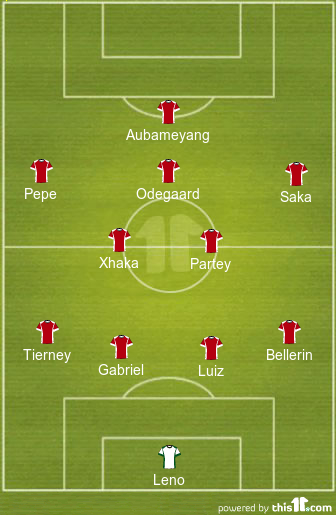 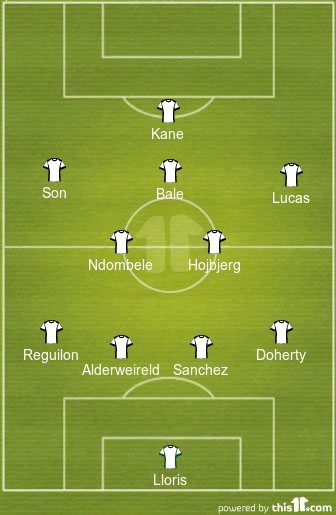 Arsenal 1-1 Tottenham: Arsenal have to win if they’re to make a late push for a top six finish but Tottenham head into the match in good form having won their last five matches in all competitions so we expect a closely fought game at the Emirates.

If there is to be a winner we back the Gunners to just edge it on home soil but have a feeling it might end up in a 1-1 draw.