Mikel Arteta has offered a worrying update on Alexandre Lacazette after the striker limped off during Arsenal’s 1-1 draw with Fulham this afternoon. 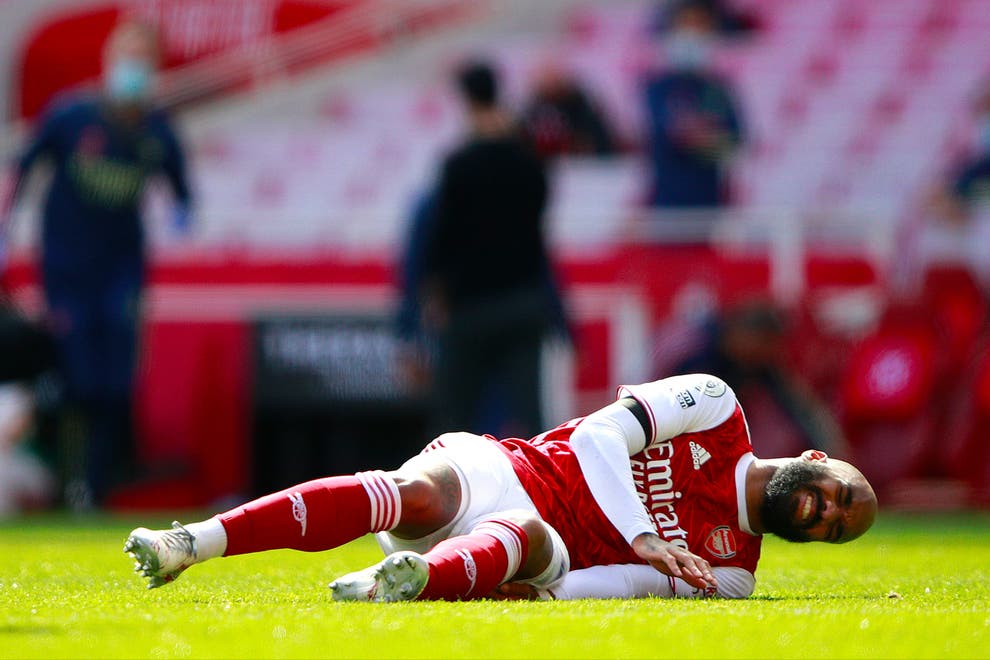 Mikel Arteta has offered a worrying update on Alexandre Lacazette after the striker limped off during Arsenal’s 1-1 draw with Fulham this afternoon.

Lacazette was forced off during the second half of Arsenal’s disappointing draw at the Emirates Stadium after pulling up off the ball while sprinting towards the Fulham box during an attack.

After receiving treatment from the clubs physio, the French hitman limped straight down the tunnel after being replaced by Eddie Nketiah – who went on to score a stoppage time equaliser for the Gunners.

Speaking after the game this afternoon, Arteta provided a worrying update after confirming that Lacazette has ‘done his hamstring’ and suggested the early signs are ‘not good’.

The Arsenal boss refused to speculate over how long the forward will be out for but revealed Lacazette will be scanned on Tuesday to discover the full extent of the damage.

“Lacazette has done his hamstring, it’s not good news. That’s why we rotated some players, because some players weren’t recovered yet. But we cannot change all the players, so it’s tough to see.”

“We’ll have to see [how long he will be out for]. We’ll have the scan, probably on Tuesday, to see the extent of the injury and the timeline for it. But I don’t know.

“I cannot tell if it’s going to be a week, two weeks, five weeks or six weeks. He felt something in his hamstring and we don’t know the extent of it. We are all disappointed because we all know the moment that Laca was on.”

Arsenal will be praying for positive news as Lacazette has been in fine form lately – scoring four goals in his last two games heading into the Fulham match.

With Pierre-Emerick Aubameyang currently recovering from malaria, Arsenal are now going to be left short of options up front for Friday night’s Premier League clash with Everton.

The north Londoners also have a crucial double header with Villarreal in the semi-finals of the Europa League coming up over the next 2-3 weeks so Arteta will be hoping Lacazette’s injury isn’t as bad as first feared.