Manchester United kick-off the new season when they take on Leeds at Old Trafford on Saturday. Here is the line-up we think Ole Gunnar Solskjaer will select

Manchester United kick-off the new season when they take on Leeds United at Old Trafford on Saturday lunchtime. Here is the line-up we think Ole Gunnar Solskjaer will select for the game:

Goalkeeper: David De Gea is set to start in goal this weekend as Dean Henderson is still not back to full fitness having contracted Covid-19.

Defence: Man Utd are yet to complete the signing of Raphael Varane from Real Madrid [at the time of writing] so the Frenchman won’t be available to make his debut against Leeds United this afternoon.

Therefore, Victor Lindelof is expected to start alongside Harry Maguire in the middle of defence. Eric Bailly won’t be available for United though as he’s still isolating after arriving back in the UK from his summer holidays.

Aaron Wan-Bissaka is fit to start at right-back while Luke Shaw will line-up at left-back with Alex Telles ruled out due to an ankle injury that he sustained in pre-season.

Midfield: Manchester United have options in the middle of the park as Fred is available while Donny van de Beek is hoping to start having featured during pre-season. The Dutchman is desperate to make his mark after struggling during his first season at Old Trafford.

However, Nemanja Matic has been heavily involved from the start during United’s friendlies in recent weeks so he’s up to match fitness and is likely to line-up alongside Scott McTominay. 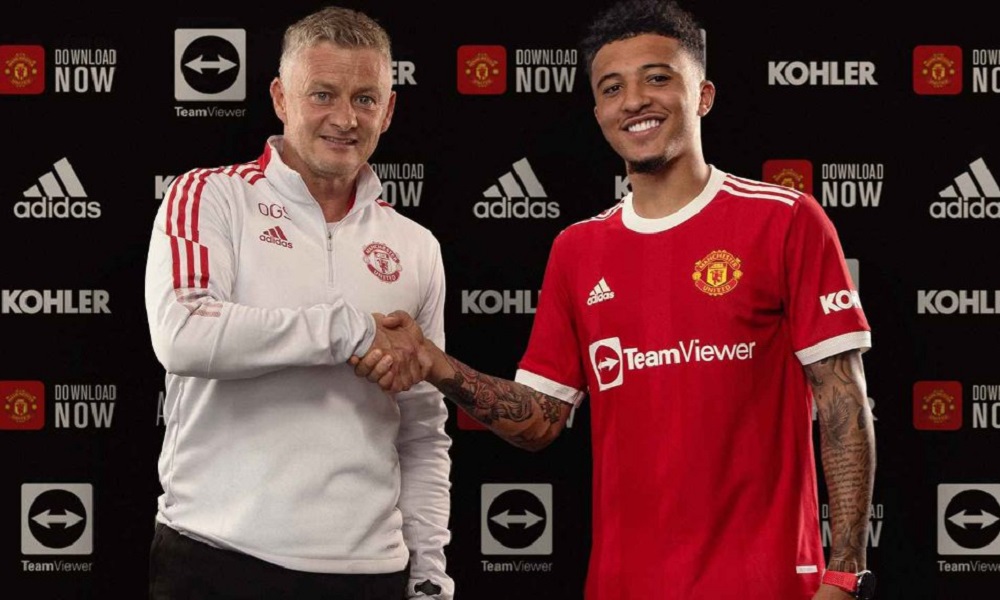 Attack: Jadon Sancho has been training with his new team mates this week after joining from Borussia Dortmund this summer. Solskjaer has suggested the Leeds game might be too early for Sancho to start but he could make an appearance off the bench.

Bruno Fernandes has looked sharp in pre-season and the Portuguese international will be hoping to continue where he left off after enjoying an excellent 2020/21 campaign for United.

Marcus Rashford has been ruled out after undergoing shoulder surgery while Edinson Cavani is unlikely to be involved after only returning to training on Thursday after arriving back late from South America.

Therefore, Anthony Martial is expected to start up front for Manchester United against Leeds while Paul Pogba should start on the wing. Mason Greenwood is also pushing to start and the 19-year-old could get the nod ahead of Daniel James.

Jesse Lingard is set to miss out after testing positive for Covid-19 but Juan Mata and Andreas Pereira will be in the squad. 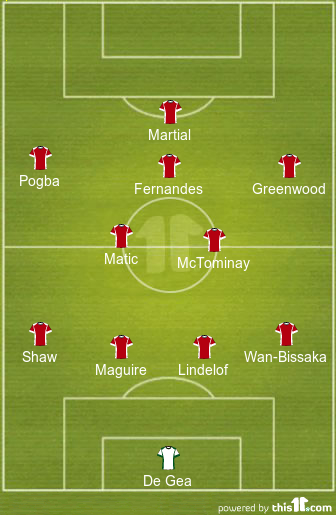