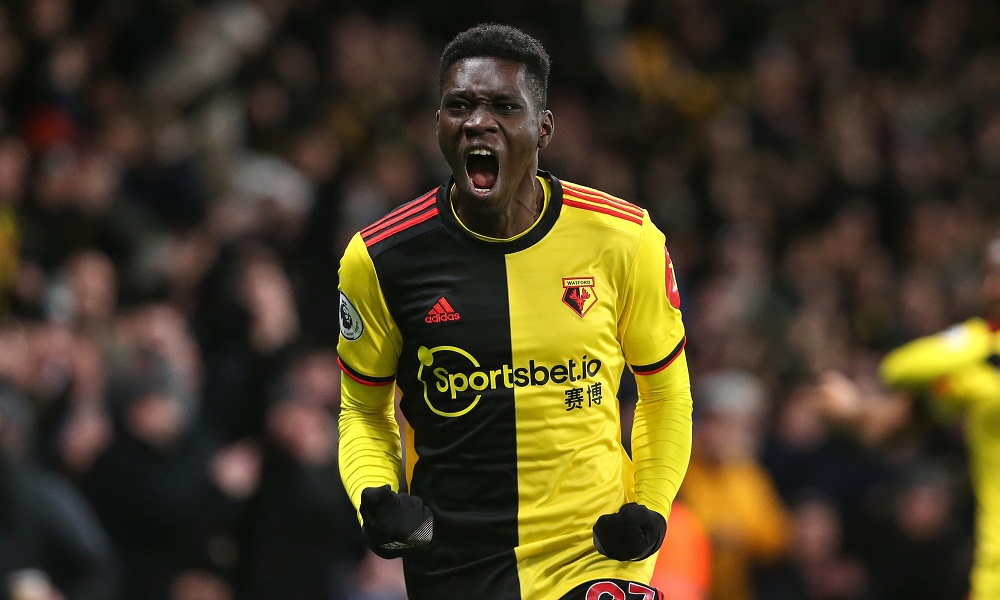 Liverpool are prepared to pay £40m to sign want-away Watford star Ismaila Sarr as Jurgen Klopp looks to strengthen his attack before the window closes, according to reports via the Express.

Klopp has been very quiet in the transfer market this summer as Liverpool haven’t made any major additions to their squad since the arrival of centre-back Ibrahima Konate from RB Leipzig back in June.

However, despite the lack of activity so far, the German coach is tipped to bring in at least one further new recruit before the end of the month and another attacker is seemingly on the agenda.

Liverpool have one of the most feared attacks in Europe but Klopp knows he needs more support for the likes of Mohamed Salah, Sadio Mane and Diogo Jota if the Reds are to compete on all fronts this season.

Sarr has long been linked with a move to Anfield and the Express says Liverpool have renewed their interest in the Senegal international this summer after failing in their attempts to land him last year.

It appears the Merseysiders are ready to formalise their pursuit as the newspaper cites a report from TransferMarketWeb that claims Liverpool are prepared to pay Watford £40m to get a deal agreed.

And the Reds have been handed a major boost as the outlet says Sarr has now informed the Hornets he wants to leave the club amid interest from the former Premier League champions.

The 23-year-old was in excellent form at the weekend as he scored one and set-up another as Watford announced their return to the top flight with a 3-2 win over Aston Villa at Vicarage Road.

Watford will be desperate to keep hold of Sarr as he’s one of their key players and boss Xisco Munoz won’t want to lose him as he looks to avoid taking the club straight back to the Championship this season.

However, a £40m offer from a top European club like Liverpool would surely test their resolve so it’s going to be interesting to see how this develops over the coming days.

Sarr is predominantly a right winger but he’s capable of playing anywhere across the front three so his versatility is exactly what Klopp is looking for. In order to help fund any move for Sarr, Liverpool may look to offload the likes of Divock Origi and Xherdan Shaqiri.