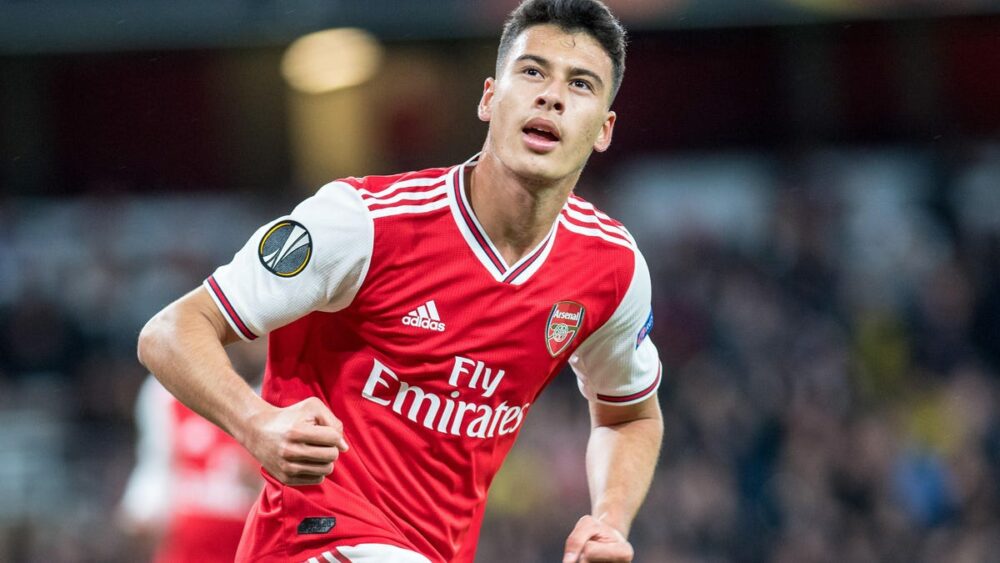 The north London giants are unbeaten in all competitions since the September international break.

They recently registered a 3-1 league triumph over Aston Villa, ending a run of back-to-back draws.

Ahead of tomorrow’s game, Arteta is expected to make wholesale changes due to the tight schedule.

Having played two league games in the space of four days, the Spaniard is bound to rest his regular starters.

Here is how the Gunners could line up against Leeds United.

Goalkeeper: Aaron Ramsdale has been the club’s first-choice goalkeeper since mid-September. Bernd Leno last featured in the Carabao Cup third-round tie. The German is widely expected to start between the sticks tomorrow.

Defence: Ben White and Gabriel Magalhaes should be given a breather with Rob Holding and Pablo Mari replacing them in central defence. Takehiro Tomiyasu could also be rested. Cedric Soares was picked ahead of Calum Chambers at right-back against AFC Wimbledon, and it could be vice-versa this time.

Sead Kolasinac is an option for Arteta in the left-back role, but we fancy Nuno Tavares to keep his place. With Kieran Tierney out injured, Tavares has a big role to play in the coming games. He has seen limited game time as the deputy, and could be handed more minutes.

Midfield: There could be a complete reshuffle in the centre of the park with Thomas Partey and Albert Sambi Lokonga making way. Mohamed Elneny and Ainsley Maitland-Niles are the other specialist midfield options in the squad, and they appear on course to start.

Attack: Nicolas Pepe had a mixed outing against Palace where he lost possession on more than 20 occasions. He was axed from the line-up against Villa, and so was Martin Odegaard, who underperformed in the derby. The duo are likely to start tomorrow.

Pepe should feature in his preferred right-wing role with Odegaard in the number 10 spot. Gabriel Martinelli played a key part in the last-gasp equaliser against Palace. The Brazilian should start on the left side of the attack with Eddie Nketiah getting a rare chance to lead the line. 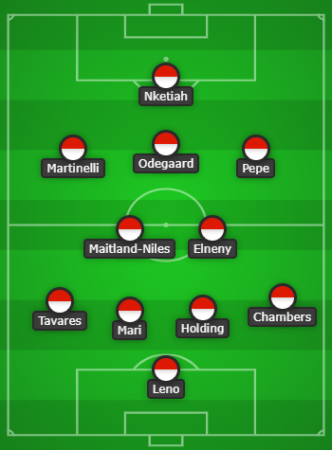