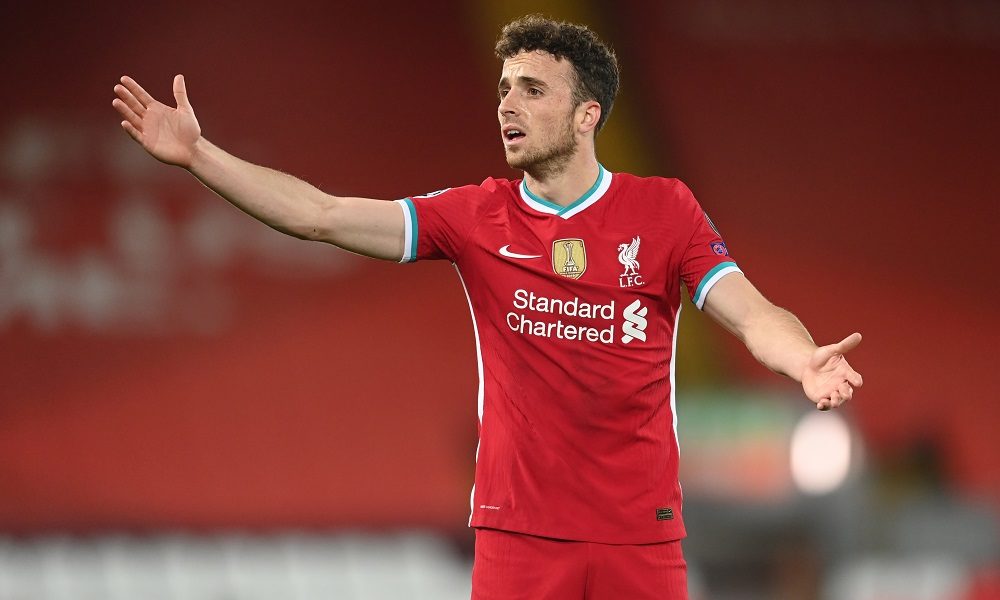 Liverpool manager Jurgen Klopp confirmed that Diogo Jota was substituted against Arsenal on Saturday after picking up a ‘proper knock’ to his knee.

The Portugal international went into the Premier League game with three goals in his previous two meetings against the Gunners. He added another goal to his tally early in the second half.

The Reds held a comfortable 1-0 lead at the break. They were gifted the second goal in the 52nd minute. A poor backpass from Nuno Tavares fell into the path of Jota, who scored with a composed finish.

It was the Portuguese’s sixth goal of the campaign. He continued to impress in attack until he was substituted in the 76th minute. Takumi Minamino, who replaced him, made it 4-0 in the 77th minute.

Following the resounding win over the Gunners, Klopp provided a fitness update on Jota. The German confirmed the forward sustained a knock, and was hopeful that there is nothing serious.

He said via Liverpoolfc.com: “The situation is not easy and today obviously Diogo went off and he got a proper knock on his knee – they went knee to knee, I think. Now we have to see how quickly that develops in the right direction and hopefully it is nothing serious, that would be very important.”

The Merseyside giants have suffered several injuries during the first half of the campaign, but luckily it has been spread out across different departments unlike the defence last season.

Jota’s fitness will be a cause for concern for the Reds, considering they are already without Roberto Firmino for an indefinite period of time following his hamstring injury against Atletico Madrid.

Klopp still has options with Minamino and Divock Origi to call upon, but the Portuguese has looked a class apart from the duo. Hopefully, the knock to his knee does not disrupt his campaign.

The Reds have already qualified for the knock out stage of the Champions League with the top spot. The midweek game against Porto should see Klopp make multiple changes to the line-up.

Jota is likely to be assessed in the coming days, but he should be one of those rested. The Reds entertain Southampton in their next league encounter before the Merseyside derby.