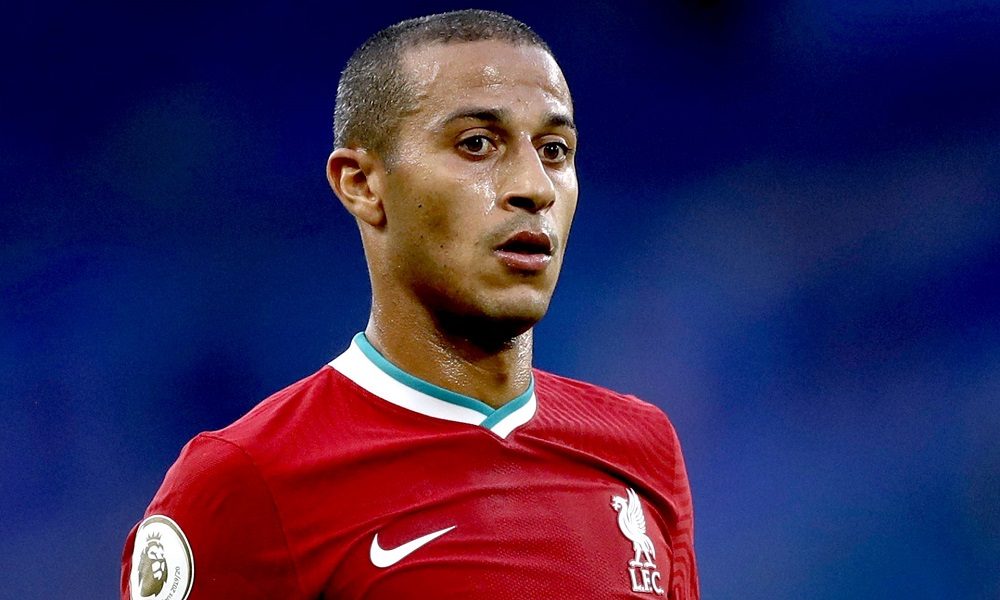 Some Liverpool fans on Twitter heaped praise on Thiago Alcantara following his impressive performance against Porto in the Champions League.

The Reds continued their fine form in Europe last night with a fifth successive win in their group.

Thiago and Mohamed Salah were the goalscorers in the second half, but the former has made the headlines after his powerful long-range strike.

The Spain international unleashed a superb first-time low-shot from 30 yards out. His effort found the bottom right corner of Diogo Costa’s net.

Thiago has endured a frustrating 14 months with the Reds, but he had a memorable game last night, bagging only his second goal for the club.

Aside from his goal, he won seven duels with nine successful long balls. He also managed two take-ons along with one tackle and interception.

Some of the Reds’ faithful were delighted for him, and here are a few reactions on Twitter.

Why does it still feel unreal that Thiago is part of our team. Thiago emerged at Barca when Xavi-Iniesta was at their prime. Was at awe of his skills since then. He would have been an integral player in the middle of the park now at Barca if not for Xavi-Iniesta. #LFC

Yeah he’s not one to be taken for granted, we realise how lucky we are to have such a technically gifted baller committing his prime years to us. There seems to be a lot of Bayern fans like yourself who miss Thiago and it’s clear to see why every time he steps on the pitch. 🙌🏽

thiago is better than any midfielder in the world and it was proven tonight. #lfc #ChampionsLeague

waking up in the morning seing Liverpool win and Thiago scoring a cracker, this team is special

Thiago has suffered multiple injuries since joining the Reds from Bayern Munich last year. This has hampered his prospects of cementing a regular starting role.

The 30-year-old recently returned from a calf injury. The sublime goal last night should boost his form and confidence going forward which is essential for the club.

It was anticipated that Thiago would provide a big upgrade to the Reds’ midfield on his arrival, but that has not been the case so far, having been in-and-out of the team.

Hopefully, the £22.5m star can turn his fortunes around in the coming months, and play a key role for the Merseyside giants in their quest for a second Premier League title.

The Reds are currently third in the league standings with 25 points. They are four points adrift of leaders Chelsea, but may have a chance to close the gap this weekend.

The Blues have a tricky home encounter against Manchester United on Sunday. The Reds could put pressure on them prior to that with a victory over Southampton at Anfield.