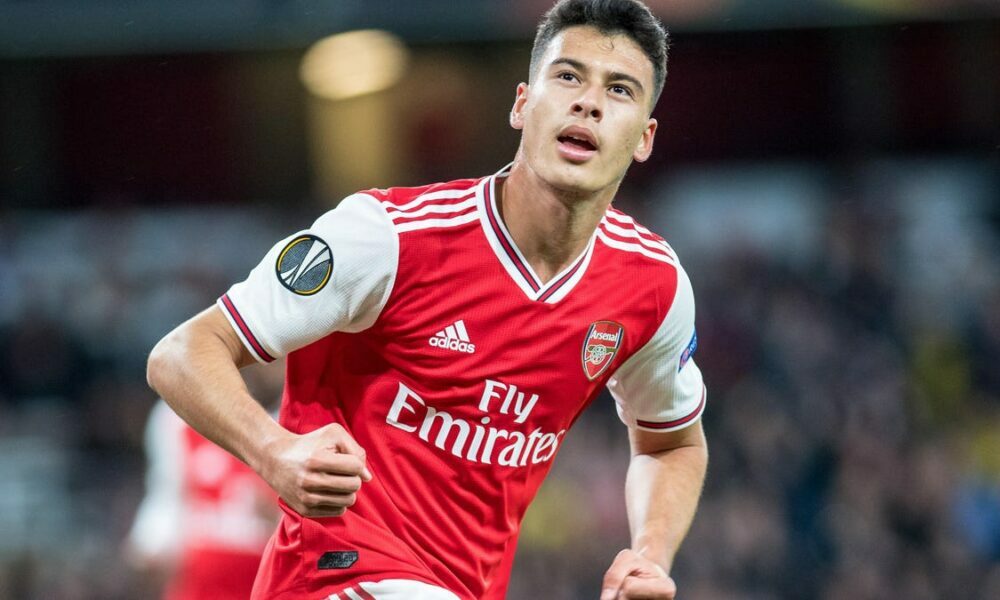 A selection of Arsenal fans reacted on Twitter after Gabriel Martinelli’s superb volleyed goal against Newcastle United in the Premier League.

The Gunners returned to winning ways on Saturday with a 2-0 win over the Magpies. Bukayo Saka and Martinelli were the goalscorers in the second half.

Saka broke the deadlock in the 56th minute, but he was substituted eight minutes later. The attacker could not carry on after picking up a potential muscular problem.

Mikel Arteta could have brought on Alexandre Lacazette or Nicolas Pepe for the graduate, but instead handed Martinelli with the chance to make a difference.

It proved an excellent substitution for the Gunners. The Brazilian scored within 93 seconds of coming on with a superb controlled volley on the run across the goalkeeper.

Takehiro Tomiyasu produced a sumptuous floated pass for the youngster, who kept his eye on the ball before volleying his effort across the onrushing Martin Dubravka.

Some Gunners fans were delighted for the 20-year-old, and here are a few reactions on Twitter.

Both Saka and Martinelli goals were gorgeous. Great passing and movement from the young brigade and composure to finish off. Great to see Martinelli back on the scoresheet too 🔴⚪️

If you ask me i will say comfortably that Gabi Martinelli is on the same level as any youngster itl, it’s just that he needs the chance and game time. pic.twitter.com/sLm18xUSzW

Martinelli was impressive, I mean he get few chances and the quality of finishes he produces always remind you he is a such a raw Brazilian talent. He's got very limited chances and he has made the most of them. #AFC #Arsenal

If Ronaldo does that, it's goal of the month minimum, no questions asked. Unreal tekkers. Has to get some game time, even if it means dropping Auba. #COYG #ARSNEW #AFC #Arsenal #Martinelli https://t.co/IGsAVFUNaa

Martinelli had played just 11 minutes of Premier League football in his previous 10 appearances, but he should get more game time after his excellent strike against the Magpies.

The £90k-a-week star is gifted with superb finishing skills, and they were on display yesterday, scoring with just his second touch after replacing Saka in the 64th minute.

Saka remains a potential doubt after his early substitution. Martinelli should be in line for a start against Manchester United in midweek if Saka is not deemed fit.

The Gunners are now within goal difference of West Ham United for the final Champions League spot, but the Hammers have a game in hand against Manchester City.

The north London club have made immense progress after three losses to begin the season, but there is still need for improvement in the final third of the pitch.

Pierre-Emerick Aubameyang’s form remains a genuine concern. He has missed his previous two penalties, though he converted one of them off the rebound.

The club captain squandered an easy tap-in yesterday, rattling the woodwork. It did not prove costly, but he needs to step up with Martinelli knocking on the door.