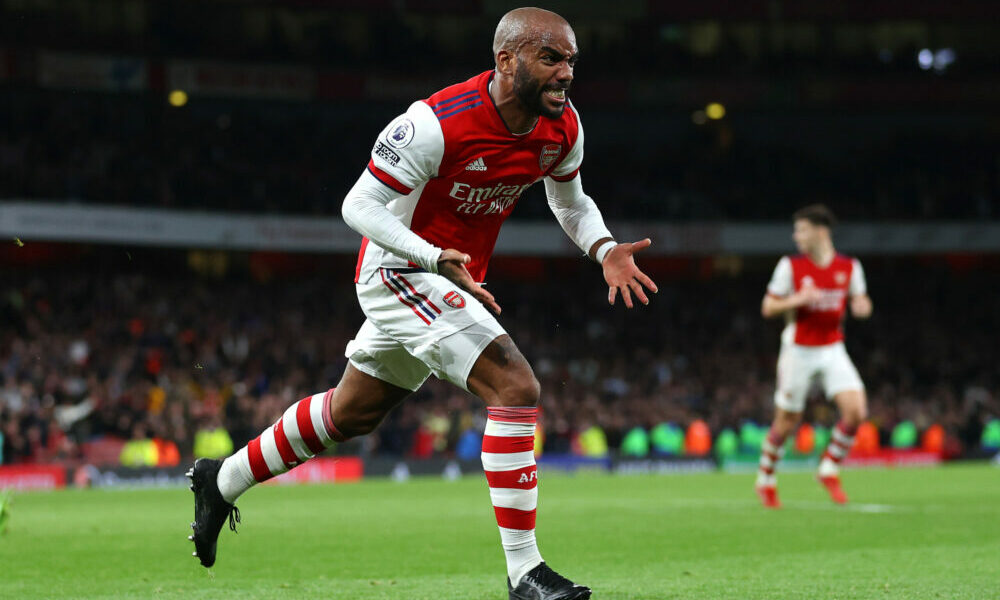 A selection of Arsenal fans on Twitter were delighted with Alexandre Lacazette’s performance against West Ham United in the Premier League.

The Frenchman produced a superb display against Southampton last weekend, opening the scoring in a 3-0 win for the north London club.

He replicated the showing with another key goal contribution last night. The striker delivered a brilliant through ball for Gabriel Martinelli’s goal.

The 30-year-old should have doubled the lead from the penalty spot in the 69th minute, but squandered it.

Despite this, it was another top performance from the striker, who has brought the best out of him after being handed the captain’s armband recently.

He was named captain against Southampton in Pierre-Emerick Aubameyang’s absence. The latter has since been stripped from the leadership role.

Lacazette has relished the added responsibility in recent games. Some Arsenal fans were delighted with his overall display in the 2-0 win over West Ham.

Lacazette ran it back to 2016 tonight, unreal performance

Alexander Lacazette appreciation tweet. Unlucky he didn't score but he did put on a show tonight. 👏 #afc pic.twitter.com/zHNuSQVQPw

Lacazette rolling back the years pic.twitter.com/reIgNwL9hD

Gabriel Martinelli and Bukayo Saka will grab the headlines today, and rightly so, but Alex Lacazette has also been exceptional today.

Shame about the penalty, because I thought Lacazette was brilliant today. Led the team well, combined with the front players and did what we needed.

Hope he keeps it up. pic.twitter.com/FMFSFX4iKY

Lacazette has bagged just two goals and one assist in the Premier League this term, but his work rate and energy on the field has been pretty exceptional.

He was excellent with his regular high pressing against the Hammers. The Frenchman also impressed with his link-up play with the attacking players.

Despite his contract running down next summer, the £19.8m star has been fully committed to the Gunners, and has been leading by example recently.

It remains to be seen whether he can replicate such performances over an extended run of matches. This could boost his chances of a contract renewal.

The Gunners jumped to the fourth spot in the Premier League standings yesterday. They previously occupied a Champions League position 14 months ago.

It has been a huge turnaround for the Gunners, who were bottom of the table after three games with no points.

The Gunners will travel to Elland Road for the weekend’s meeting against Leeds United. They have the chance to sustain their position for another matchday.

While the club will start as favourites against Leeds, they need to play with an attacking intent and avoid a repeat of the disappointing display at Everton.