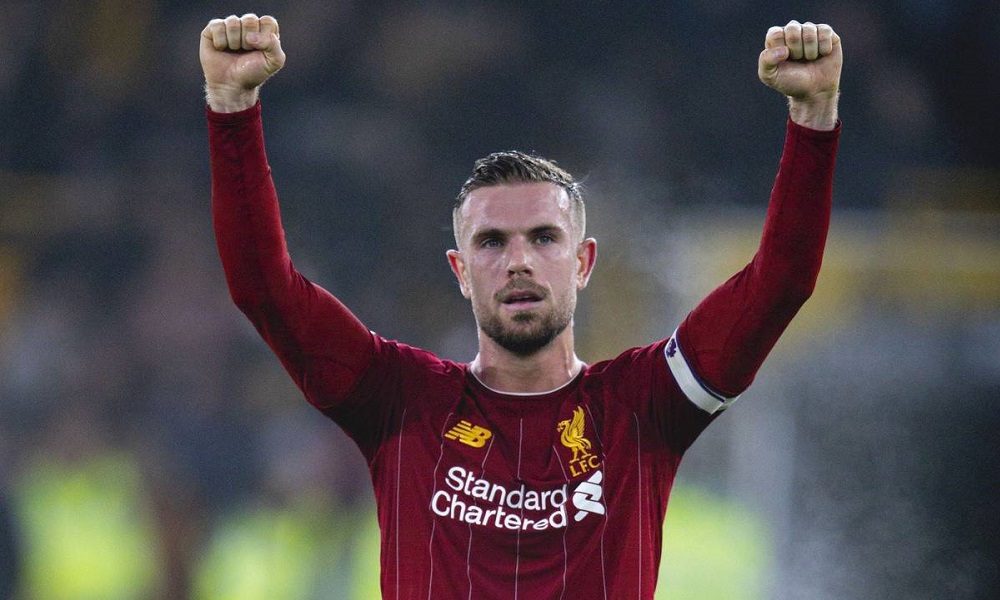 A section of Liverpool fans were unimpressed with the performance of Jordan Henderson during the club’s 1-0 Premier League defeat at Leicester City.

The Reds had the chance to go within three points of leaders Manchester City with a win, but squandered the opportunity with a disappointing display.

It was a below-par showing from the entire team including Mohamed Salah, who missed his penalty and hit the woodwork from the rebound.

However, some supporters were critical over the display of Henderson, who returned to the starting line-up after missing the last two league games.

The 31-year-old struggled to control the proceedings from the right midfield role, losing possession on 15 occasions during his 70 minutes on the pitch.

The England international was also partly to blame for the Foxes’ goal after he was spotted ball-watching alongside Trent Alexander-Arnold in the lead-up.

It was a disappointing showing for the club captain all around. His three shots were also off target. A few Liverpool fans on Twitter were far from pleased.

Henderson expecting others to do his defensive work. #LFC https://t.co/y4b03Nc86F

Let's play a game when we play Chelsea.
How many shots will Jordan Henderson fire 5+ yards over the bar?

Henderson just jogged back when his man ran into our box. He did that 2 other times before one that led to the goal. Aside from today, not tracking his runner is now a feature of his game. You're never winning anything with that kind of performance from a midfield starter #LFC https://t.co/Gril4GLff8

Time and time again he proves why he isn’t good enough to be starting in this current squad.

Henderson has been a key player for the Merseyside giants. He has had another impressive campaign with three goals and four assists from 24 appearances in all competitions.

However, the £16.2m star was far from his best at the King Power Stadium. He has just returned from a non covid-related illness, and needs to step up for the busy January schedule.

The Reds have a hectic run of fixtures at the turn of the year. They will be active in three competitions including the Carabao Cup where they have a double-legged semi-final against Arsenal.

Jurgen Klopp will rotate his team regularly next month, but he will be missing key players in Mohamed Salah, Sadio Mane and Naby Keita due to the African Cup of Nations.

It could be a testing time ahead for the Reds, who lost their way in the Premier League title race at a similar stage last term. Klopp will be hoping to avoid another repeat.