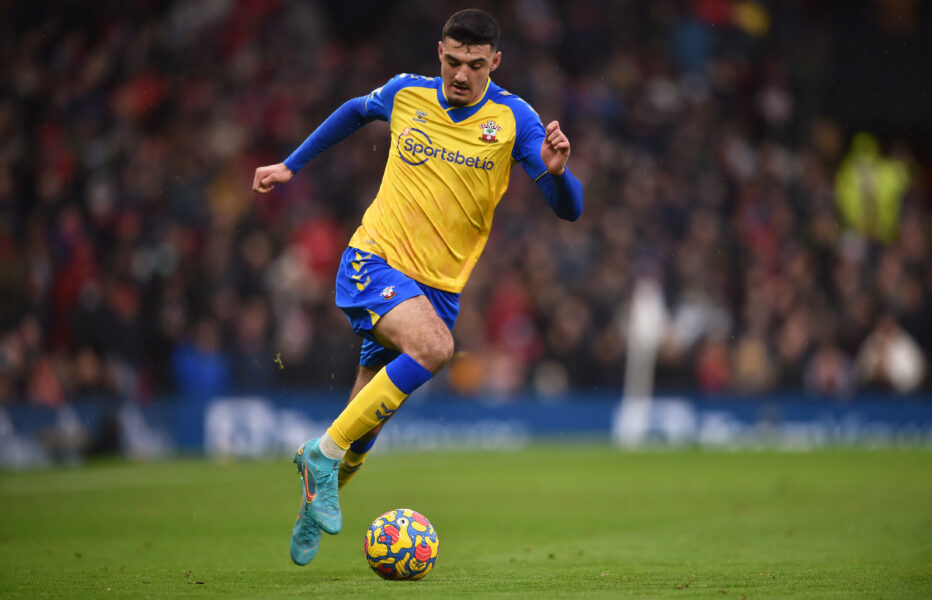 Arsenal are keeping tabs on Armando Broja amid his impressive loan spell at Southampton from Chelsea, football.london reports.

The Gunners were widely fancied to sign a new striker last month, but they were unsuccessful in pursuing any of their targets.

Dusan Vlahovic appeared the priority, but the Serbian snubbed their interest. He ended up joining Juventus from Fiorentina.

It is now reported that the Gunners have their sights on Broja, who is enjoying a productive loan stint with the Saints from Chelsea.

Broja has netted eight goals from 24 appearances this term. Half of that tally has come from December where he has become an undisputed starter.

The 20-year-old still has plenty of room for improvement with his distribution, but he has excelled with his aerial presence and finishing ability.

He fits into the Gunners’ recent transfer policy of pursuing promising young players with experience, but they may struggle to lure him from the Blues.

Chelsea may have big plans ahead for the Albania international. He could come in as a potential competitor to Romelu Lukaku up front next term.

On the contrary, the Gunners could offer him the chance to establish as their main striker with Alexandre Lacazette and Eddie Nketiah leaving.

Both Lacazette and Nketiah have entered the final five months of their contracts, and it appears they could head for the exit door this summer.

Still, we don’t see a deal happening between the sides. The Blues could demand a significant fee for the marksman alongside a buy-back clause.

They opted for a similar ploy when selling Tammy Abraham to Roma. The Gunners are unlikely to entertain such a proposal from their London rivals.

Hence, they may look at alternative options. Real Sociedad’s Alexander Isak and Everton’s Dominic Calvert-Lewin are among players on their radar.

The former was linked in the final days of January, but a deal was unlikely as Sociedad were holding out for the £75 million release clause on his contract.

He could be prised away for a much lesser fee during this summer’s transfer window.