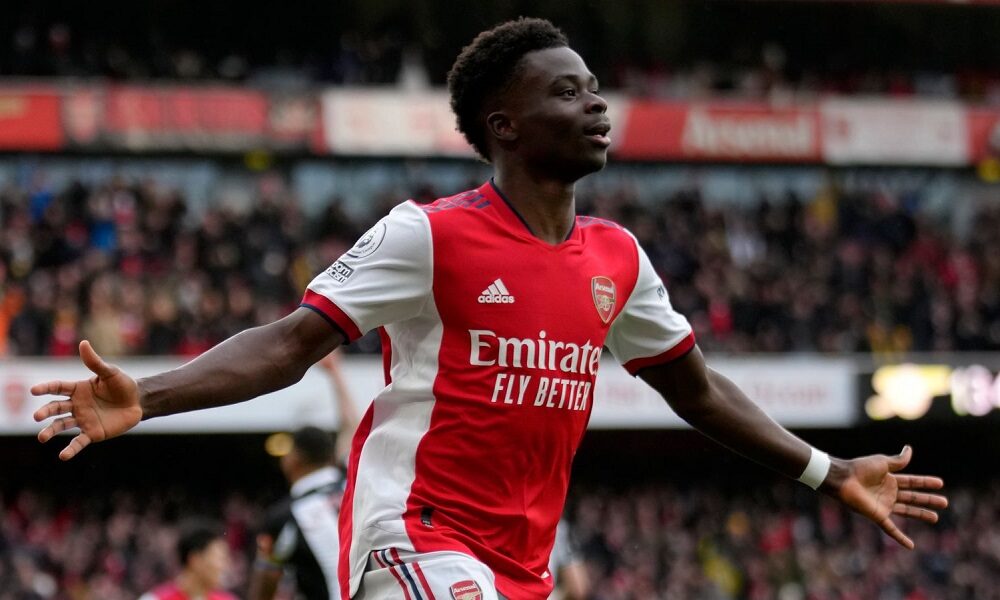 Arsenal manager Mikel Arteta has said that Bukayo Saka will be assessed following his second-half substitution against Manchester United on Saturday.

The Gunners had a poor run of results following the international break with defeats against Crystal Palace, Brighton & Hove Albion and Southampton.

There has been a terrific response since with successive wins over Chelsea and Manchester United. Saka has played a key role for the Gunners in both games.

He was heavily involved in the build-up against Chelsea before converting a late penalty. The Arsenal graduate replicated the showing against United yesterday.

Unfortunately, he could not carry on for the entire 90 game. He was replaced in the 74th minute. Saka gave a clear indication that he could not continue playing.

Following the 3-1 victory over United, Arteta did not seem overly concerned over the setback, and said that the attacker will be assessed over the coming days.

He told Arsenal.com: “Bukayo was struggling even first half of the match, but he really wanted to do it, he had a big knock the other night and as soon as this he was struggling, so let’s see how he is.”

Saka has been a crucial player for Arsenal this campaign. The £58.5m star has registered 11 goals and five assists in the top-flight while creating several other chances.

The Gunners can ill-afford another injury in the run-in. They are already without Kieran Tierney for the season with a knee surgery while Thomas Partey is also sidelined.

Partey has been working on his fitness indoors, but it is uncertain whether he will be involved this term.

There is now a week’s time before the London derby at West Ham United. The Gunners will be hoping there is nothing serious with Saka, and he can make a swift recovery.

Arsenal reclaimed the fourth spot in the league standings yesterday. They are now two points ahead of Tottenham Hotspur, who played out a goalless at Brentford.