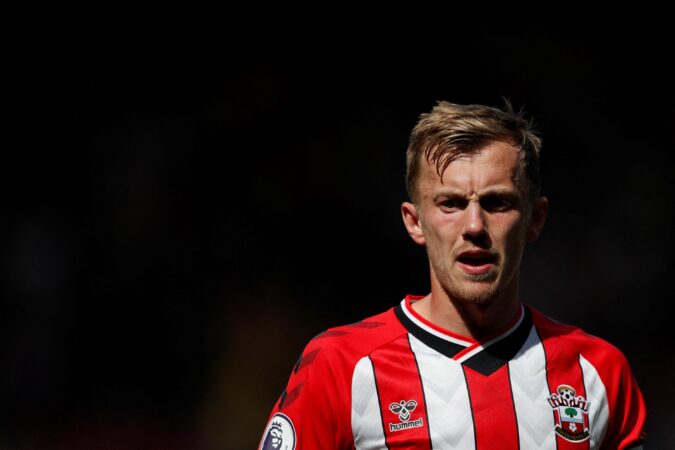 The Red Devils are set for a big rebuild ahead of next season, and a new defensive midfielder could be one of the main priorities with multiple departures.

Nemanja Matic has confirmed that he will be leaving at the end of the campaign while Paul Pogba has no plans of renewing his contract beyond June 30.

Over the past few weeks, West Ham United’s Declan Rice has been linked with a move to Old Trafford, but The Sun claims that a deal is highly unlikely.

With a hefty £150 million price tag on Rice, United have decided to look elsewhere. Ward-Prowse has now emerged as the prime target at Ten Hag’s request.

The Dutch tactician believes the 27-year-old can operate in a holding midfield role while he has lot of creativity with his world-class set-piece abilities.

United are set to face fierce competition from Manchester City, but may have the advantage with the latter unlikely to assure him with regular starts.

Ward-Prowse was linked with a big-money move to Aston Villa last summer, but ended up putting pen-to-paper on a long-term deal with the Saints.

The midfielder has been committed to the south Coast outfit with over 350 appearances to his name, but a move to an elite club could be hard to turn down.

Ward-Prowse has had another top campaign with 10 goals and eight assists. He has scored with some tremendous free-kicks while assisting from set-pieces.

However, he has also excelled with his defensive contributions. He has averaged one tackle and one interception per league game while operating in a central role.

Hence, he could be an ideal signing for Ten Hag. The Dutchman prefers midfielders who can press opponents while also being involved in the build-up play with key passes.

His wages may not be a stumbling block. He is currently on £100,000-a-week, as per The Sun. Even a significant hike would put him within the affordability range of United.

The only concern for United could be the £75m price tag. The hierarchy have tended to haggle over valuations over players in the past, only to delay transfers for 12 months.

It has happened twice with Harry Maguire and Jadon Sancho. They must back Ten Hag over Ward-Prowse or could face the prospect of City or another club hijacking the deal.