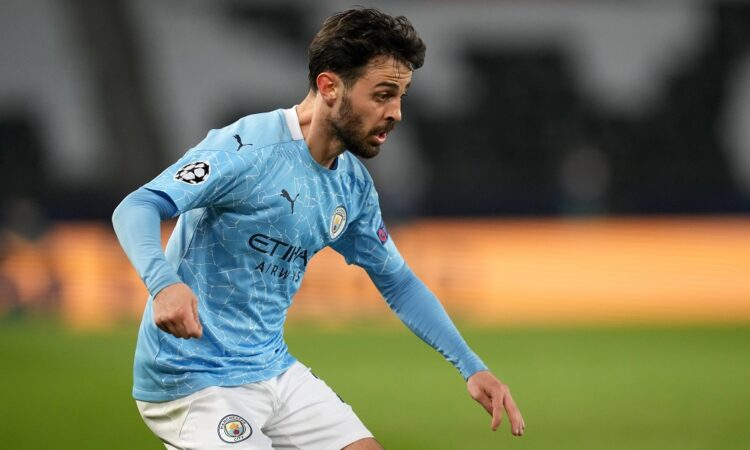 Barcelona are considering Manchester City’s Bernardo Silva as one of the possible targets, as per Fabrizio Romano.

Barca are have identified the 27-year-old as a top target to reinforce their midfield for next season. Silva has been one of the best players in the Premier League this season and was arguably City’s most consistent performer. Pep Guardiola wants him on his team for next season. This is despite the player wanting to leave last summer.

The Italian journalist has reported that Xavi is a big fan of Silva. Moreover, the Blaugrana boss will only part ways with Frenkie de Jong if it means the money will bring him either Lewandowski or Silva. But, Silva will be expensive for the former La Liga champions.

It was only this week that Barcelona president Joan Laporta met with Jorge Mendes (the agent of Bernardo Silva) in a restaurant. The source has reported that one of the main talking points of that meeting was Bernardo Silva.

Outlets in Spain have claimed that Silva would ‘love’ the idea of joining Barcelona this summer. But, when Pep Guardiola was told about Barca’s rumoured interest in his midfielder, the former Blaugrana boss said, “They will have a tough time”.

Bernardo Silva is a perfect fit for Pep Guardiola’s system and City should do everything in their power to keep him. Silva was vital in City’s title-winning campaign last term, netting eight goals and registering four assists.

He participates in the build-up play and has a high defensive workrate. In other words, he is a high-functioning midfielder who can slot in any of the attacking systems in world football. It is clear to see why Xavi wants him at Barcelona.

But, the reality is that Silva to Barca will only depend on Frenkie de Jong’s rumoured exit from the club. For Los Cules, they must first sell before they can buy. And, for them, Frenkie is the most sellable asset.

The 27-year-old is one of the most complete and versatile midfielders. In 251 appearances he has scored 48 goals and has assisted on 51 occasions.

Will City be able to hold on to their man?