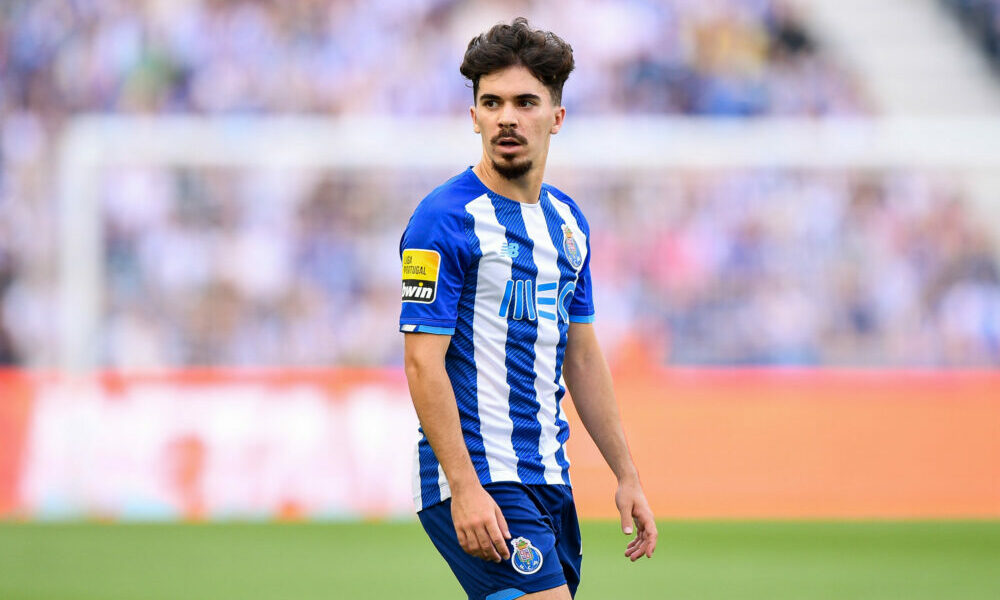 Porto president Pinto da Costa has confirmed they have rejected a bid for Vitinha after it emerged Arsenal have joined Manchester United in the race to sign the midfielder, according to reports.

Vitinha joined Porto’s youth academy as a child and came through the ranks before breaking into the first team set-up in 2019. The midfielder spent a season on-loan at Wolves in 2020 where he made 19 Premier League appearances and returned to Porto last summer to become a regular under Sergio Conceicao last season.

The 22-year-old has also broken into the Portuguese national team with 3 caps to his name so far, and his impressive form has caught the attention of clubs here in England’s top flight.

Manchester United have been strongly linked with a move for Vitinha in recent weeks and Record claims Arsenal have joined the Red Devils in the race to sign the talented midfielder this summer.

New United boss Erik ten Hag is gearing up for a busy summer as he looks to overhaul the squad he inherited from Ralf Rangnick and midfield is a particular area of concern after Paul Pogba, Nemanja Matic and Juan Mata all left.

Arsenal are also in the market for midfield reinforcements this summer as Mikel Arteta looks to strengthen his squad having secured their return to European football next season.

Vitinha is on the radar of both Arsenal and United, and Porto president Pinto da Costa has now revealed they have rejected a ‘considerable’ offer from an unnamed club for their prized asset.

Costa didn’t confirm the exact amount of the offer but insists they will only sell Vitinha if his release clause is met in full. He’s quoted by the Express as saying:

“There was a concrete offer of considerable value by Vitinha that we did not accept, and we refer to the termination clause,”

Record says Vitinha’s clause is set at €40m – which works out at around £34.3m – so Arsenal and Man Utd will need to be prepared to meet that figure if they want to force Porto into a sale.

The midfielder still has two years left to run on his current contract so Porto are under no immediate pressure to cash-in, but Vitinha would be a solid signing for either Arsenal or United if they could lure him back to England.