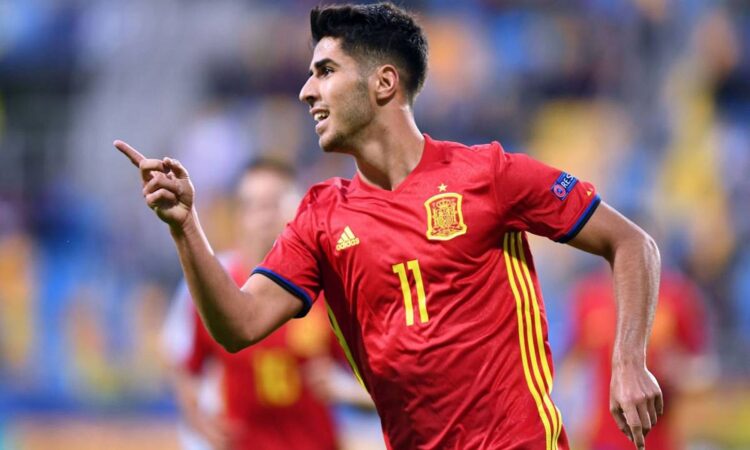 Arsenal are targeting Real Madrid’s Marco Asensio but could face competition from Manchester United, as per Sport.

The Spanish outlet has claimed that the Gunners are looking to sign the 26-year-old winger ‘at all costs’ with Mikel Arteta reportedly keen to lure Asensio to the Emirates Stadium.

The Arsenal boss is expected to be busy strengthening his squad this summer as he looks to get the club back in the Champions League. The Gunners are set to sign Fabio Vieira from Porto but that hasn’t stopped Sport from linking them with Asensio, too.

Arsenal have plenty of experience in dealing with Madrid with Martin Odegaard and Dani Ceballos recent acquisitions from the La Liga giants, and they are eyeing another swoop on the Bernabeu outfit.

However, the news outlet claims that Real Madrid are looking at a potential fee of £42.8m [€50m] for Asensio, which could prove a stumbling block for the Gunners – who have plenty of transfer business to conduct this summer.

Not only that, but Sport claims Arsenal will face plenty of competition with Man Utd also named as an interested party along with Newcastle United, Juventus and Inter Milan.

Asensio has just one year left on his contract and is yet to agree terms over a new deal. The Whites have offered the winger a new contract worth £3.76 million per year, but the player is looking at a contract worth closer to £6m million per year. The source has also claimed that Asensio has threatened to walk away for nothing when his contract expires next year if his demands aren’t met.

Asensio’s role in Carlo Ancelotti’s squad has grown smaller. The Spaniard is not a first-choice starter for the former Everton boss. He usually prefers to start with Vinicius Jr. and Fede Valverde. The coming season could see the emergence of Rodrygo Goes especially, after his late heroics in Madrid’s historic UEFA Champions League campaign this term. Thus, it is safe to assume that Asensio could be relegated to a tertiary role at Santiago Bernabeu if he ends up staying.

The player is looking for a new club where he will feel important, and is also looking for an increased salary. Arsenal and Man Utd have sensed an opportunity to lure him to England.

Affording Madrid’s valuation of £43 million may not be a problem for both sides, so it could come down to who can offer the player the most minutes. If Arteta manages to convince the winger about his project and his role in the team, he could become a handy addition for Arsenal. However, he could also be a terrific signing for new Man Utd boss Erik ten Hag.

The Whites will look to offload Asensio this summer if he doesn’t sign a new deal. The Gunners and Red Devils could take advantage of the fact that the player wants to make it to the World Cup squad.