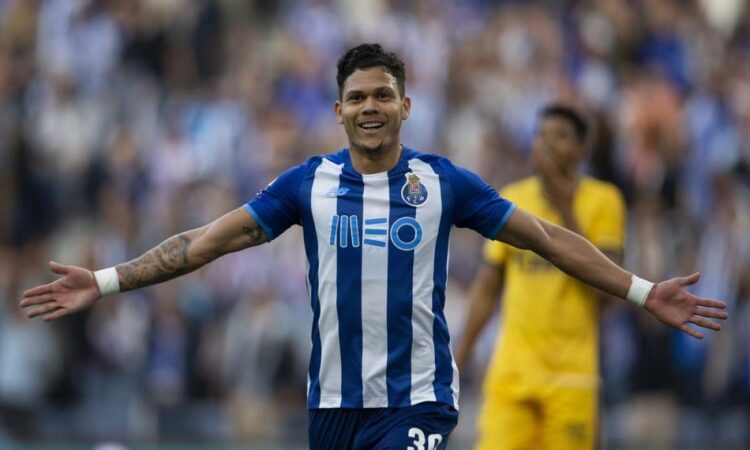 The English daily has reported that the Red Devils had a £55 million bid for Evanilson turned down by the Portuguese champions. The 22-year-old Brazilian striker enjoyed a highly impressive season last term. He managed to score 21 goals for his side and was instrumental in Porto securing a domestic double.

Brighton and Wolverhampton Wanderers have previously enquired about Evanilson, but Porto’s £70 million demand proved a bit too much for both sides.

The source has reported that United are all set to return for Evanilson following their £55 million bid being rejected. It is understood that Porto want to keep their man, who is under contract until 2025. But, an improved bid from Old Trafford could tempt Porto into a sale.

Evanilson is no doubt a young prospect. But, to splash £70 million on someone who is yet to prove himself against some of the bigger clubs in Europe and on English soil is a huge gamble. But, in United’s position, it could be a gamble worth taking.

Cavani has left the club. This has left Erik ten Hag with only Anthony Martial and Cristiano Ronaldo as his two frontline attackers. The former though could be sold this summer. There is a high degree of probability that Ronaldo could end up as the lone striker for ten Hag if United do not manage to secure a backup goal-scorer.

Evanilson is strong physically and is a good passer of the ball. He can maintain possession and can also participate in the build-up play. In other words, he can actually prove to be a good fit in Ten Hag’s high-intensity system which relies on possession. His is the kind of profile that the Red Devils have lacked in the past few years.

Manchester United are also in need of immediate defensive reinforcements. Thus Porto’s £70 million demand for Evanilson could prove to be a bit too much for Ten Hag’s side as well. That said, the negotiations are expected to continue and they can only hope that they reach an agreement with Porto for less than £70 million.