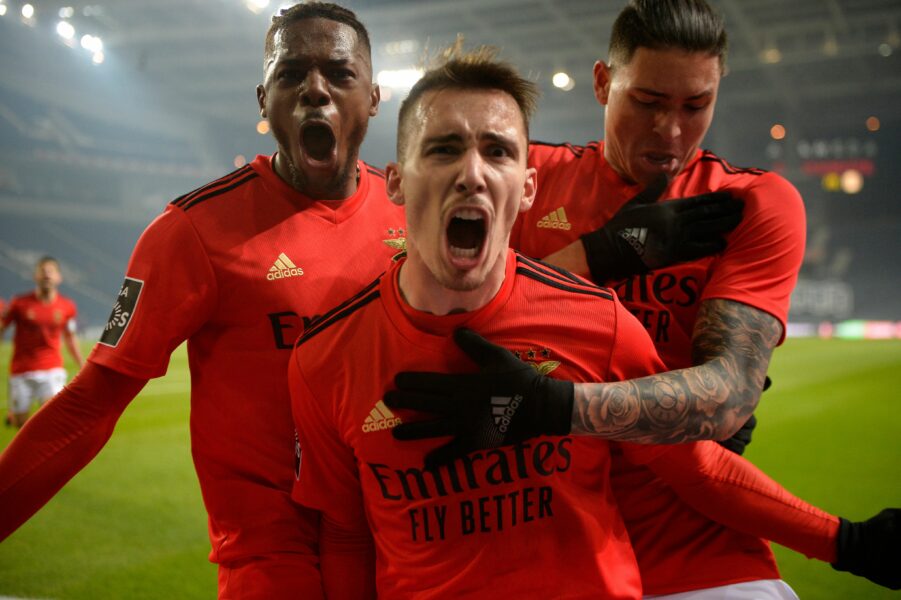 The Gunners currently have Kieran Tierney and Nuno Tavares as the specialist left-back options, but the latter has been fancied to leave on loan if a new signing arrives.

Ajax’s Lisandro Martinez has been the Gunners’ main target, but they currently face fierce competition from Manchester United in the pursuit of the Argentine.

Amidst this, Arsenal could be looking at alternative options and Record report that they are ‘very attentive’ to the situation of Grimaldo, who is valued at just £6.4 million.

The Portuguese daily claim that Benfica are ready to sell as he has no plans to renew his contract – which expires next summer. Lyon are also interested in his services.

Tavares was signed from Benfica last summer, and it was anticipated that he would be a quality deputy to Tierney. However, he had a difficult debut season at Arsenal.

The 22-year-old looked out of depth defensively, and it can be said that his lack of sufficient first-team experience could be a reason. Arsenal are open to loaning him out.

His former teammate Grimaldo could be a quality acquisition for the Gunners. He is vastly experienced with 247 appearances for Benfica. Tavares made just 41 senior appearances before joining Arsenal.

Meanwhile, the 26-year-old is also solid defensively. In the recent campaign, he won nearly two tackles and one interception per game in the Eredivisie and the Champions League.

Grimaldo also contributed six goals and nine assists over the course of the season. With the low fee, Arsenal should be tempted to sign him if a move for Martinez falls through.

Arsenal definitely require a better back-up option behind Tierney for next term with the congested schedule as well as the worrying injury record of the Scotland international.