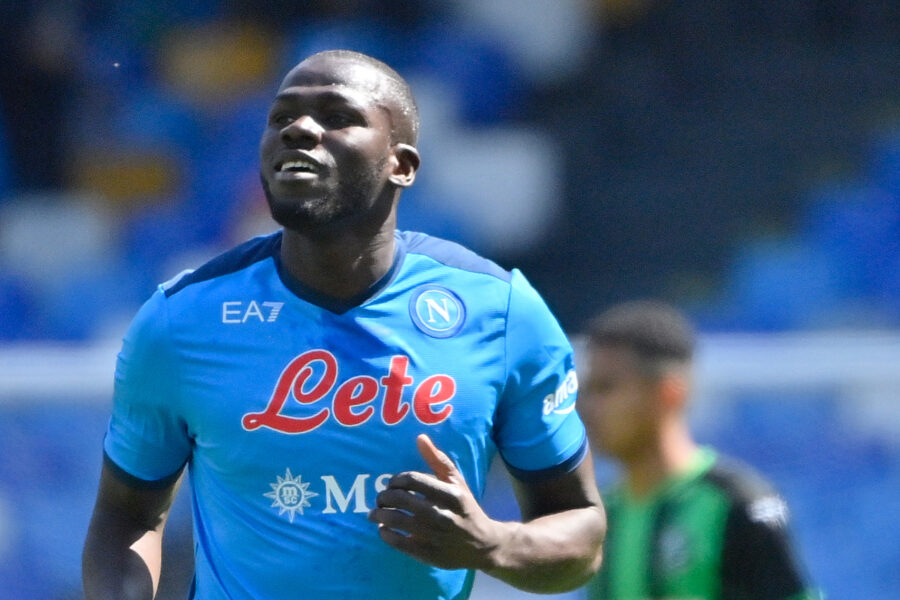 The Blues have been fancied to bolster their central defence this summer following the free transfer exits of Antonio Rudiger and Andreas Christensen.

They are currently in negotiations to sign Nathan Ake and Matthijs de Ligt, but there continues to remain the transfer link with long-term target Koulibaly.

As per Corriere dello Sport, Chelsea could sign more than one centre-back this summer, and it is suggested that Koulibaly is one of the players on their transfer.

It is added that they would have ‘no problem’ in meeting the asking price. Napoli are eyeing £34 million for Koulibaly, according to Italian outlet La Repubblica.

Koulibaly has been long linked with a move to Stamford Bridge. He was first on their radar in the summer of 2016 when Antonio Conte was the head coach.

Over the years, the Senegal international has been tipped for a Premier League move, but a deal has never materialised due to Napoli’s high transfer valuation.

Napoli president Aurelio de Laurentiis is known to be a shrewd negotiator, but his hands could be tied this summer with Koulibaly’s contract expiring next June.

The 31-year-old is likely to be sold if he has no plans to renew. Chelsea have the perfect opportunity to prise him away, suppose they don’t pursue their main targets.

Ake and De Ligt seem the priority options for the Blues, but there are suggestions that the latter would prefer a move to Bayern Munich, as per Florian Plettenberg.

In that case, a move for Koulibaly would be very realistic for Chelsea. He is already 31, but continues to remain one of the best central defenders in Italian football.

Chelsea are not averse to pursuing experienced stars as seen with Thiago Silva, who joined on a free transfer at 35 two years ago . He has been their leading centre-back.

Koulibaly would provide a similar presence in the back three with his leadership qualities. The Senegal star could seamlessly adapt with his strong physical attributes.