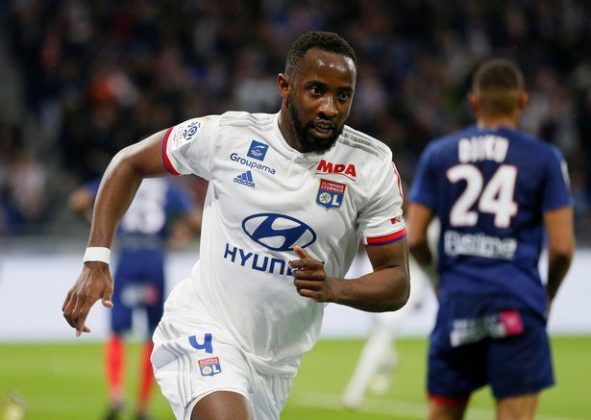 The Frenchman has been regularly linked with a Premier League move, and he could now be available for a cut-price fee with his contract expiring next summer.

Southampton were recently credited with an interest in signing him, but they may not be alone with Arsenal and United also keeping tabs on his situation.

According to Media Foot, the Premier League duo are tracking the player’s status, but United are said to be leading the race with an approach planned.

The Red Devils are working secretly behind the scenes and plan to revive their pursuit of the 25-year-old, who is deemed as a long-term transfer target.

The French outlet claims that United could sign two strikers in the event of Cristiano Ronaldo leaving. Dembele is touted as one of those who could join them.

United boss Erik ten Hag confirmed earlier today that Ronaldo remains in his plans for next season, but there are still doubts over his chances of staying.

The Portuguese star is desperate to play Champions League football for the 20th-season running, and this could urge him to move on before the transfer deadline.

United need to be prepared for such a situation. Dembele can’t be considered as a direct replacement for the 37-year-old, but would provide good competition for places.

He is coming off a solid campaign in the French top-flight where he scored in his final seven games. He ended the season with 22 goals and five assists from 35 appearances.

The transition from Ligue 1 to the Premier League has not been smooth for many players, but Dembele would be a quality purchase as he would suit the English top-flight.

He has a good pace on the counter-attack while he is also strong in the air. The former Fulham youngster possesses quality finishing skills and can hold-up play when required.

Regardless of the Ronaldo saga, United should consider purchasing him, particularly with The Sun claiming that he could be available for just £10m. It’s a no-brainer at that price.