Sergej Milinkovic-Savic has informed his agent he wants to snub interest from the likes of Arsenal in favour of joining Man Utd this summer. 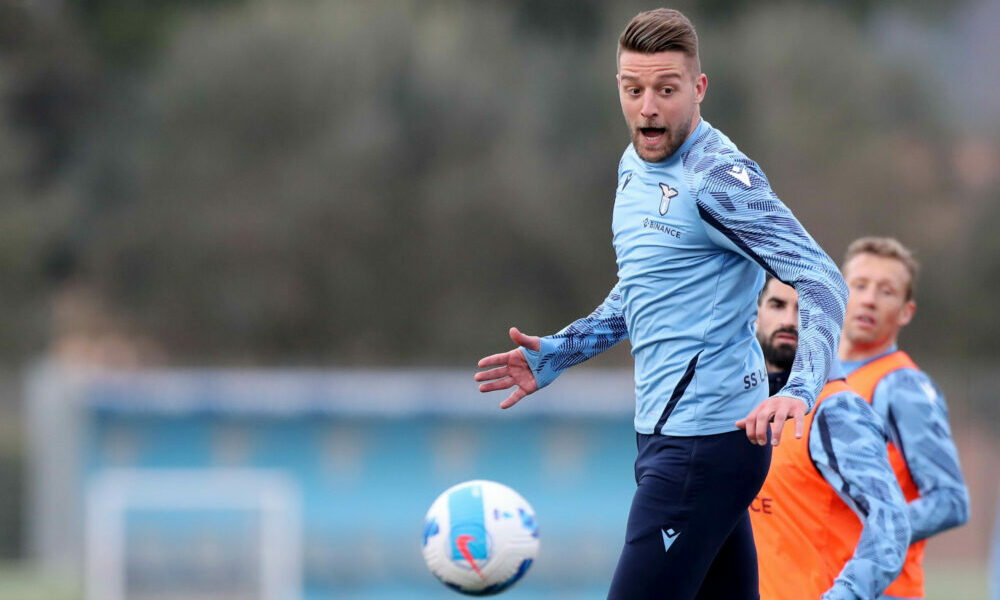 Sergej Milinkovic-Savic has informed his agent he wants to snub interest from the likes of Arsenal in favour of joining Man Utd this summer, according to reports via TeamTalk.

Milinkovic-Savic has long been linked with a move to the Premier League having established himself as one of the best box-to-box midfielders in Italian football in recent years.

The Lazio star has reportedly caught the eye of Mikel Arteta with reports earlier this month claiming that Arsenal were lining up an offer for the Serbian international.

Arteta is seemingly in the market for another midfielder to support Thomas Partey and Granit Xhaka this summer and Milinkovic-Savic has emerged as an alternative to Leicester City’s Youri Tielemans.

However, Manchester United are long-term admirers and have also been strongly linked with the Lazio midfielder in recent weeks as their pursuit of Barcelona star Frenkie de Jong continues to drag on.

Milinkovic-Savic has been touted in the as an alternative to the Dutchman and a deal could be relatively straightforward if United decide to end their attempts to land de Jong and focus on the Lazio man instead.

TeamTalk are citing a report from Tuttosport that claims Milinkovic-Savic has made it clear to his agent that he wants to snub interest from the likes of Arsenal in favour of joining Manchester United.

Newcastle have also been linked with the Serbian but the report suggests that Milinkovic-Savic only wants to join United if he’s to leave Lazio for the Premier League this summer.

The Biancocelesti have always been determined to keep hold of their star man, however, Milinkovic-Savic has just two years left on his contract and TeamTalk says the Italian outfit are ready to cash-in if £60m is put on the table.

United should have no problem meeting that valuation and personal terms shouldn’t be an issue either, so a deal to sign Milinkovic-Savic could be far simpler to complete compared to the de Jong saga.

Erik ten Hag has made it clear de Jong is his number one target but even he must be getting frustrated by the lack of progress, so the Man Utd boss could be tempted to switch his attention to Milinkovic-Savic soon.

We’ll have to wait and see how things progress over the coming days but it looks like Man Utd are firmly ahead of Arsenal in the race for his signature if Milinkovic-Savic comes to England this summer.