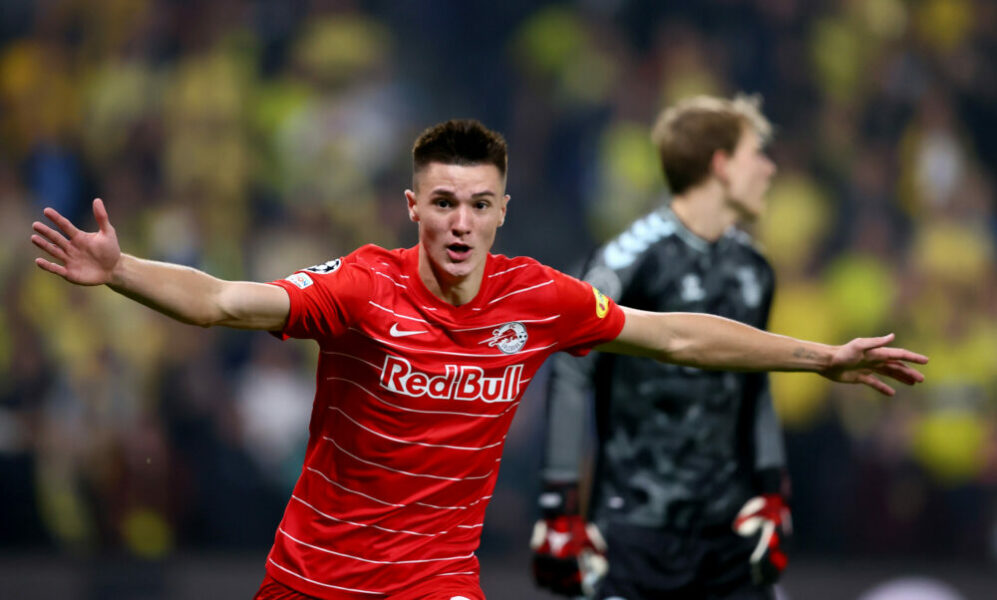 The Red Devils are currently on the hunt for a new striker, and it has been revealed that football director John Murtough has already held talks with Sesko’s representative.

According to iNews, United have now been told that they must make an offer in excess of £45m to open negotiations with Salzburg over the teenager’s transfer.

Manchester United are not alone in the race to sign the 19-year-old. Chelsea and Newcastle United have also made contact with his representative over a possible deal this summer.

Salzburg have been eager to keep Sesko over recent weeks, but it is reported that their stance would change if they receive a big money offer from one of those clubs.

United are currently uncertain over the future of Cristiano Ronaldo, who is eyeing Champions League football.

Regardless of this situation, manager Erik ten Hag may want to secure the services of Sesko, who has the potential to develop into an elite striker in years to come.

Sesko made his first-team debut for Salzburg last season, and he was influential for them with 10 goals and seven assists from 36 appearances across all competitions.

The teenager has continued the bright form this campaign with two goals and one assist from three outings, and recently bagged the winning goal in a friendly against Liverpool.

During that game, Sesko excelled with his dribbling, pace, movement as well as his finishing. The youngster is also gifted with a natural aerial presence with his height of 194cm.

There have already been comparisons with Erling Braut Haaland, and United must move fast to land his signature such that their Premier League rivals don’t capitalise.

Chelsea could make an approach for him if Timo Werner leaves. Newcastle could be eyeing him as a top target after missing out on another young striker in Hugo Ekitike to PSG.