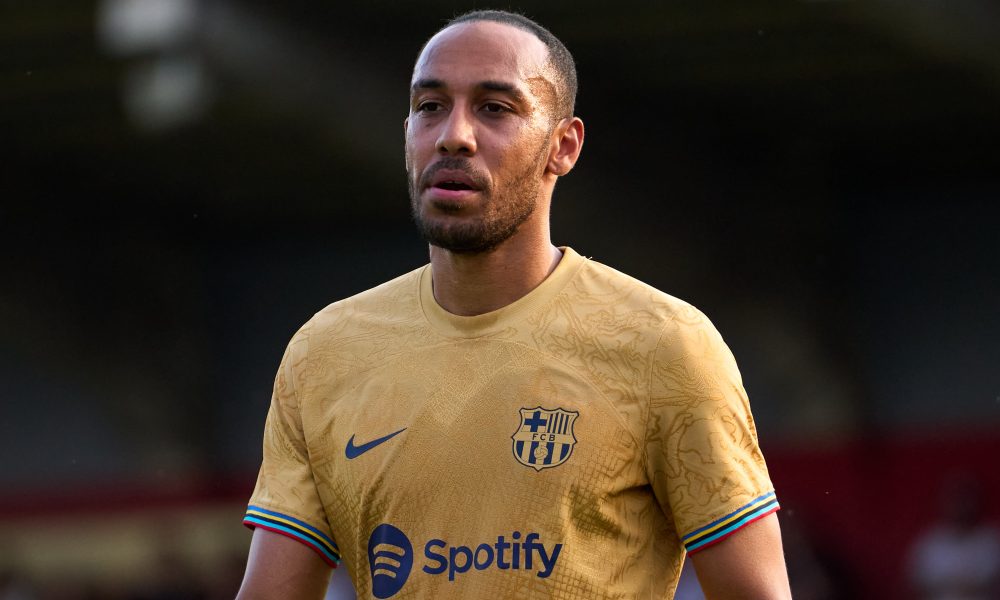 Chelsea have been offered the chance to sign Barcelona trio Pierre-Emerick Aubameyang, Frenkie de Jong, and Memphis Depay in a triple deal, according to the Evening Standard.

New owner Todd Boehly has built positive relations with Barcelona and the newspaper says he has been offered the chance to sign the trio during transfer talks between the two clubs.

The Blues and Barcelona have enjoyed a rivalry this summer with the Spanish giants hijacking two of Thomas Tuchel’s priority targets. Tuchel had identified former Leeds United winger Raphinha as a potential target to reinforce his attack while Jules Kounde was the chosen one to strengthen his backline. The duo, however, opted for a move to Camp Nou Spotify rather than Stamford Bridge.

Aubameyang has been the subject of transfer speculation lately. The former Arsenal striker has been tipped to make a return to London and Chelsea have emerged as a potential destination for the Gabon international. Aubameyang is also said to be open to joining Chelsea, having worked with Tuchel in the past at Borussia Dortmund.

Frenkie de Jong has been linked with a move away from Barcelona all summer and Manchester United have been named as the most likely destination. The Red Devils had reached an agreement with Barca over the transfer fee (£71 million) but have been unable to convince the player to leave Spain, so far. Chelsea have also been linked with the midfielder and de Jong is rumoured to be inclined towards a move to West London rather than Manchester because of Chelsea’s UEFA Champions League status.

The former Ajax midfielder is currently the highest-paid player at Barca and is reluctant to take a pay cut. The club have asked him to agree to a new contract that would restructure his wages but he has refused. He is also owed £12 million in deferred salaries and it remains to be seen how that pans out.

Memphis Depay has no place in Xavi’s plans with the playmaker-turned coach having signed Ousmane Dembele, Robert Lewandowski, and Raphinha. Depay is also looking to leave the club, according to Fabrizio Romano, and it appears he’s been offered a chance to resurrect his career at Chelsea.

Barcelona are currently looking to balance their books in order to be able to register the new signings in accordance with La Liga’s FFP rules.

There is no hiding that this is certainly a tempting deal for Boehly and co. However, the larger picture is that Tuchel needs to focus on strengthening his defence before he worries about pursuing attackers such as Aubameyang and Depay.

Chelsea have completed the signing of Marc Cucurella from Brighton for a fee of £52.5 million. Tuchel has already incorporated Kalidou Koulibaly and is likely to continue pushing for another defender to increase his squad’s defensive depth. For now, the mega-deal involving the three Barca stars looks unlikely to take shape.