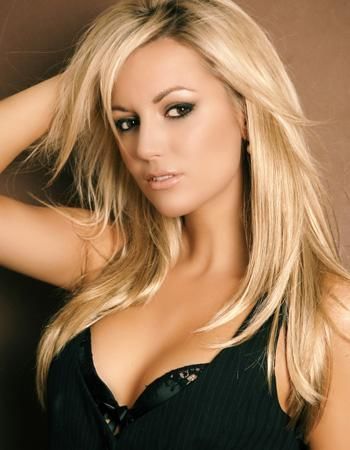 Meet Former Miss World Rosanna Davison. She was present at the launch of Liverpool’s new kit for 2011/12 in Dublin and counts herself as a firm Reds fan. Speaking at the launch Rosanna said:

“Certainly from a female perspective I often get looks of shock and amazement when I say I am a big Liverpool fan, but I love to go to matches and watch them on TV,” Rosanna said.

“It’s something I really enjoy, watching the game with my family or going over to Anfield. I wouldn’t be that mad about watching any old team play, it has to be Liverpool.”

She added: “My father has been a fan for years and my brothers are into it as well and I think my Dad’s mission was to get us all supporting them – even the dog had a red collar and was a Liverpool supporter. It’s been a great family thing growing up. I still love going over to Anfield when I can and nothing beats the atmosphere over at the matches, especially in the Kop.”

Her father is a certain Chris de Burgh, who’s song Lady in Red, was a worldwide hit some years back. Rosanna is certainly a Lady in Red, the Red of Liverpool.