As Manchester United settle down on their outstandingly high perch and look down to their challengers with a stunning glint of silverware flashing in their eyes, they will be thinking back to the start of the season with triumph, when people  eve… 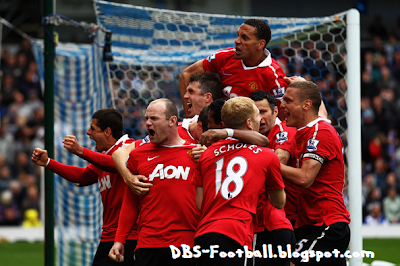 As Manchester United settle down on their outstandingly high perch and look down to their challengers with a stunning glint of silverware flashing in their eyes, they will be thinking back to the start of the season with triumph, when people  everywhere weren’t giving them a chance.

At times of course, early in the season, the position United are currently in didn’t look likely, but United have all season got the job done when it mattered. There were shaky, nervous times along the way, but United have achieved what they set out to achieve, and have done it with a game to spare.

How did United do it? How are they Champions again? How are they in the Champions League Final? Those are questions many may ask themselves. Just look at the manager. Sir Alex Ferguson has assembled this team and instilled in them something that only certain people can. His passion, desire, determination, dedication, tenacity and pure will power have been on show for all to see in the players throughout the season, and even when games have not ended in United’s favour, the team were always back up and ready for a win the next week.

The fact that United were able to stay an unbeaten side up until early February sums it up well. The football may not have been the best, but there were enough wins, and enough points to keep them up at the top and on course for the historic 19th. Late goals were conceded against sides like Fulham and Everton, but for all those late goals conceded were late goals going in the other direction in other games.

United kept on fighting, and despite tough competition from Arsenal and Chelsea who were challenging for the title, as well as the rest of the Premier League, whose quality has improved impressively over the years. No longer would a lowly side go to a top side and expect to lose, but at Old Trafford, no-one expected to win – because this season, United have been unbeatable at home.

Manchester United players should be filled with pride on achieving this great feat. From Ryan Giggs, who will lift the Premier League for the twelfth time against Blackpool, to Michael Owen, who although has not played as big a part as others, has grabbed some vital goals in his time at United and will lift his first Premier League next week.

Against Blackburn, Tomasz Kusczcak highlighted how important and how valuable Edwin van der Sar has been all season. The Dutchman has been phenomenal in goal, often stopping the unstoppable and simply being the calming and authoritative figure at the back that all great teams need. 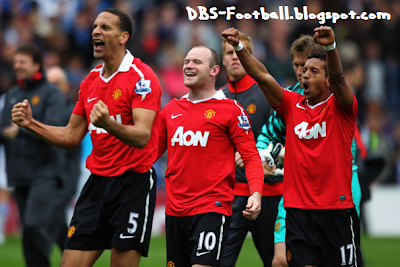 Vidic and Ferdinand have been rocks at the back, with commentators tiring of saying “Vidic clears the danger” and “Ferdinand cuts out the attack”. When others make mistakes, they were back there to clean up the mess. They have been and will be the players to look up to in the future when Giggs and Scholes have gone, with the typical Manchester United attitude running through their blood.

Giggs and Scholes have done what they do every year, except arguably better, inspiring the players around them to play to the end, and drive the others to the trophies that they have won countless times already. The wingers, Valencia, Nani and Park have been brilliant, and perhaps if Valencia and Park had not suffered injuries in he season, United could have won this earlier. Assists and  creativity are just as important as those goalscorers.

Carrick and Fletcher may not have started so well or been such a calming influence, but they have often been brilliant in the middle. Carrick was able to get back into his groove towards the end of the season, spraying balls all over the pitch and getting attacks started, while Fletcher’s reputation of being a big game player was not used as much through illness.

Berbatov – top scorer and incredible skill. Rooney – the man who almost left at the start of the season, who went on to regain top form and score the goal to win the Premier League and the 19th title for United. This is a side to be proud of, and one who have created history. It is number 19 now, but no doubt, next season Sir Alex Ferguson and company will be fighting as driven as ever for number 20.