Berbatov Should Be Sold If £15m Bid Is Offered

Dimitar Berbatov is a fantastic football player and a top professional for Manchester United. That much has been confirmed in the crazy season the Bulgarian has experienced at Old Trafford, from the highs of scoring some fantastic … 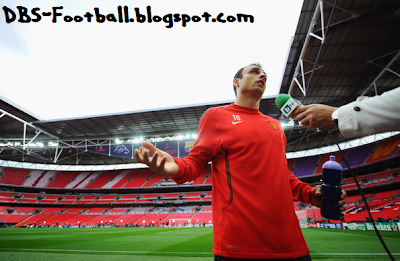 Dimitar Berbatov is a fantastic football player and a top professional for Manchester United. That much has been confirmed in the crazy season the Bulgarian has experienced at Old Trafford, from the highs of scoring some fantastic goals on the way to becoming the Premier League’s top scorer to the low of being left out of the Champions League Final squad. However, despite affirming his commitment to Manchester United for next season admirably, it has been revealed that Berbatov will not be signing an extension to his contract at United.

With only one year left, Sir Alex Ferguson offered Berbatov a one year extension to his contract before the Champions League Final, and Berbatov did not sign. He said that he is happy to stay at Manchester United, fight for a first team place and ride out the rest of his £80,000 a week contract to allow him to leave on a free transfer at the end of next season.

Now, however much you like Berbatov for his graciousness and the certain vulnerability he showed when he told the world of the shame that came over him from being left out of the Champions League Final squad, you cannot see leaving the guy in the squad for a year only for him to leave for a free a good deal for the club. Berbatov cost the club £30 million plus Friazer Campbell on loan – he didn’t come cheap, and it was a last minute deal involving a lot of stress and strained relations with Tottenham. Surely United must take some money from a sale rather than just release him?
Berbatov said on Bulgarian TV:

“I will stay, I will fight for the 20th title. If I were an easy quitter, I would never have made it this far. Everything at Manchester United starts from scratch for me on July 4.”

“There will be new finals and we will be fighting for new titles. I am moving ahead. When you go through difficult times, you should not quit.”

Okay, he will not quit, but he will not commit either, according to Goal.com, so it is not a great situation for United if they want to take in some money from his sale. PSG have apparently opened the bidding for Berbatov at £13 million, and there are several clubs interested in his signature, including Bayern Munich, and some have even said Tottenham.

Manchester United may be able to offload Berbatov to his former club Tottenham in some sort of player plus cash exchange for Luka Modric whom United have reportedly made their prime target, though Tottenham are far from willing to let go of him at any price.

Don’t get me wrong, I would love Berbatov to stay if he was signing a new contract – a one year extension, I simply object to United allowing him to run down his current contract and allow him to go for free when you consider how much was paid for him. I hope that if Berbatov truly has decided not renew his contract or extend it, then any offer for him is very seriously considered.

With Owen recently signing an extension, Welbeck and Macheda returning to fight for a starting place with Rooney and Hernandez, competition is going to be increasing tough, so, it pains me to say it, perhaps Berbatov leaving wouldn’t be such a bad thing in terms of the young players chances in the first team.

I trust Sir Alex Ferguson to make the right decision on the matter, and whatever happens to Berbatov, I am very grateful for what he has done at United, especially this season. He is a model professional and a quality footballer, and he still has game in him – whether he chooses to play them at Manchester United is another matter.