Chelsea Blow As Hiddink Confirms Attacker Has Been Sent To Hospital

Chelsea are sweating on the fitness of Diego Costa after the striker was sent to hospital to have a scan on a shin injury that he picked up against Everton. 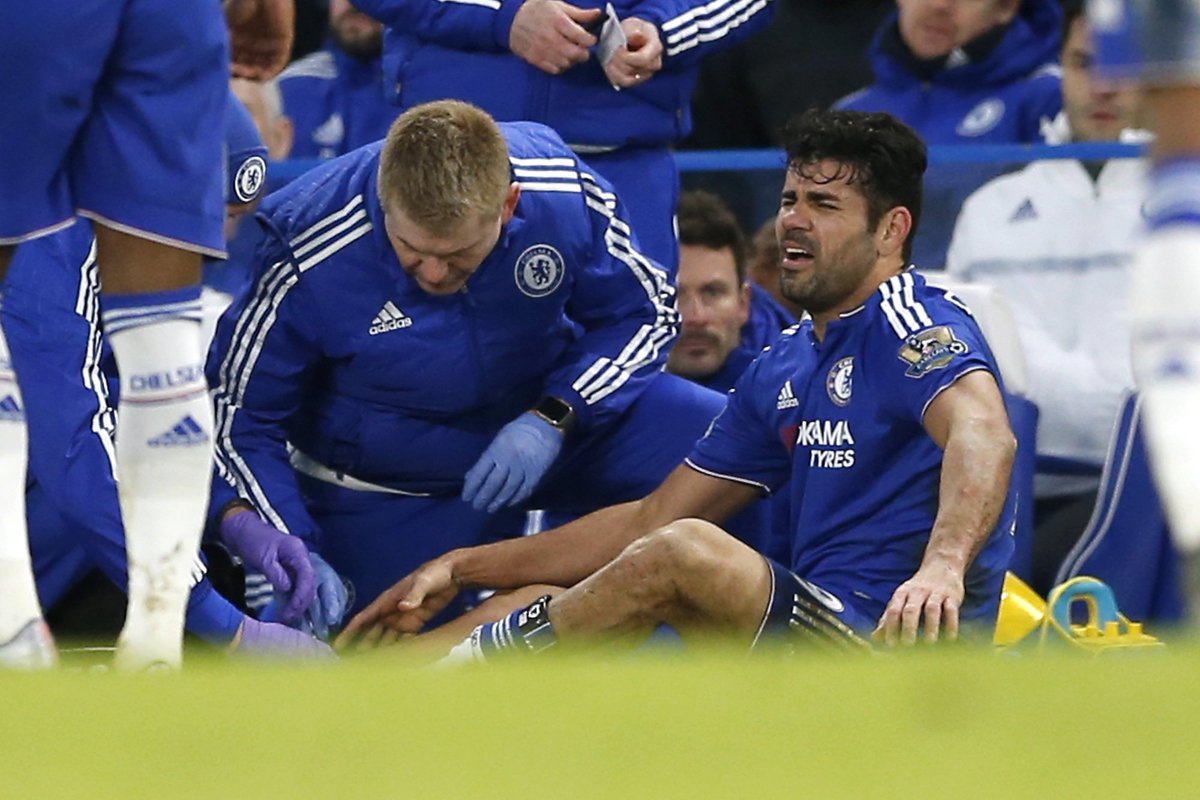 Chelsea are sweating on the fitness of Diego Costa after the striker was sent to hospital to have a scan on a shin injury that he picked up during Saturday’s thrilling 3-3 draw with Everton.

Costa scored a vital goal midway through the second half at Stamford Bridge to reduce the deficit to 1-2 as the Blues fought back from two-nil down to salvage a point with a controversial last gasp equaliser from John Terry.

However, Costa failed to complete the full ninety minutes as the Spanish international was forced off with 10 minutes remaining after suffering a painful looking shin injury.

Speaking after the game, interim boss Guss Hiddink told Chelseafc.com that the striker has been sent to hospital to undergo a scan to determine the full extent of the problem.

The Dutchman admitted Costa was in a lot of pain but hopes the results of the tests will come back positive. He told the clubs website:

‘He’s in hospital and they will check with a scan. We don’t know the results yet, I hope it’s not too bad. It’s on his shin. We hope Diego will come out of the hospital in good health. He was in a lot of pain.’

It would be a huge blow if Chelsea were to lose Costa as they face a crucial trip to London rivals Arsenal next weekend and Hiddink has few options to choose from up front.

Loic Remy has only recently returned from a calf injury and isn’t 100% match fit yet while Radamel Falcao is out for the foreseeable future with a thigh problem that’s troubled him since October.

Eden Hazard has also missed the last three games with a groin injury so Chelsea will be praying Costa is given the all-clear to make the trip to the Emirates next Sunday.