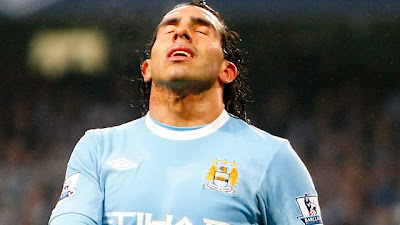 Now many have written a thousand words of wisdom on where Tevez will move next. In this short analysis of mine, I’m observing into the fact whether Chelsea should sign Tevez and whether Tevez should join Chelsea. Many posed their opinion that spending huge sum on Tevez is a risk and that comment is irrefutable for the reason that Tevez’s mentality is not consistent, he has a rapidly changing and twisting mind but if the deal is coming cheap, obviously Chelsea should sign him. Let’s see why City should sell him and why Chelsea should sign him. 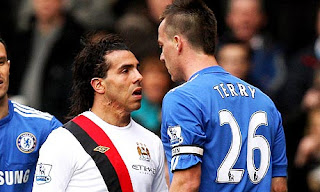 If Tevez is not gonna play for City again, City will try to release (in the sense – sell) him as soon as possible, then Roman will be tempted to sign. Roman is not interested anymore in pumping ‘record fees’, especially after the bitter ‘shevchenko’ experience, so if the deal is cheap, then Roman will sign.

Secondly about Tevez’s salary, obviously he is earning ‘real huge’ lumps now but by the way he is quitting a club which invested millions on him, suddenly in the middle of the season I doubt whether any other club in this earth (including Real Madrid) will pay him the similar figure he is earning now. So it’s unavoidable and indisputable that Tevez will have to take a pay-cut. Another point to note is, unlike the scenario earlier (when Tevez left United) now the demand for Tevez has dramatically depleted due to his ‘home sickness’ and ‘attitudes’, not many teams will prefer him and not many managers will want him, thus we could construe that if he is leaving City, he may have to take a pay-cut.

Thirdly, Ancelotti is a Manager who has worked with ‘highly egoistic’ players and who likes managing such talents too, I believe Ancelotti will fancy the idea of managing Tevez, especially in a situation where his club’s title chances are at risky stake. Ancelotti had seen Chelsea perform ‘superbly’ except for finishing, I doubt whether any other club in the EPL has had so many Shots on target, thus Ancelotti clearly needs a ‘finisher’ and he and all of us know Tevez is a good finisher and he could do it by playing next to Drogba. Tevez is no bad performer, if it is about football performance Tevez is 100% but it is his ‘mind, ego and home sickness’ which is screwing his image. Thus for Ancelotti handling Tevez ‘with care’ won’t be a hard task. The Manager has nicely handled a ‘big head’ like Drogba and handling Tevez won’t be a hard task.

Fourthly, Will Tevez come to Chelsea? – Yes, he will consider! He clearly knows what Chelsea is capable of and he has the thirst to win ‘silverware’, So I believe he might move to Chelsea provided Roman signs him. Now the talk about Real Madrid comes here, will Tevez prefer Real Madrid or Chelsea? tricky question, but I opt to put it in a different way, will Tevez prefer Mourinho or Ancelotti? – why I change the question is Spain or England is not Tevez’s problem, either way he is gonna stay far away from his family . It is clear that his family wants him back in Argentina and that is why he was talking about ‘retirement’ some time ago. He knows quitting huge clubs and moving to play for some Argentinian club is nothing less or more than ‘retirement’. In this backdrop the persuading fact will be the manager. Every body knows Tevez is highly a ‘egoistic’ player and the whole football universe including Tevez knows how ‘egoistic’ Mourinho is, will he be wanting another ‘clash of egos’? I doubt it. Everyone is the football world knows what happens to a player when he ‘clashes’ with Mourinho, will Tevez want that? – I doubt it again!

Does Chelsea need another striker? Of course Yes, if they want to win things.

Is Tevez the ‘best option’ for Chelsea? Not at all, there are better options.

Is Tevez not a ‘good option’ for Chelsea? No, He is a good option.

It all depends on how much Roman is prepared to spend, if he wants to keep his pocket tight, then we might end up having Tevez in January. And for those who think Tevez’s wife will not prefer England, there is a way to satisfy her. His wife may be satisfied with a couple of cruises in Roman’s luxury yacht (a pinch of satire)! If Chelsea signs him I am not sure how long will Tevez stay put at Chelsea, but if Chelsea signs him this January that is a boost for a whole team in their run for the League Title, FA Cup and the most coveted Champions League.