This is our match preview ahead of Liverpool’s Premier League clash with Watford at Anfield including team news, line-ups and prediction

Liverpool will look to cement their position at the top of the table with a win over Watford at Anfield on Saturday afternoon.

The Reds’ excellent season continued in midweek as they booked their place in the knockout stages of the Champions League with a 2-0 victory over Salzburg in Austria to progress from Group E as group winners.

However, it’s Premier League matters at hand this weekend as Liverpool look to maintain their unbeaten start to the season after stretching their run to 16 games with a comfortable 3-0 win over Bournemouth at the Vitality Stadium last weekend.

The victory ensured Liverpool remain eight points clear at the top of the table and with Jurgen Klopp’s men playing before their rivals in Saturday’s 12.30pm kick-off, they have the chance to extend their lead and put the pressure on Leicester and Man City with another win.

The Merseysiders will no doubt be extremely confident of doing their job as Watford head to Anfield sitting rock bottom of the table having won just one match all season so it would be a huge shock if Liverpool slipped-up tomorrow.

Liverpool were handed a blow today after Klopp confirmed Dejan Lovren has been ruled out of the game this weekend after picking up a muscle injury against Salzburg in midweek. With Joel Matip still recovering from a knee injury, it means Joe Gomez will start alongside Virgil van Dijk in the middle of defence.

Fabinho remains on the sidelines with an ankle ligament injury that’s expected to keep him out until 2020 while Adam Lallana is a doubt with a muscle issue that’s hampered him for the past two matches.

Klopp could freshen things up with the likes of  Alex Oxlade-Chamberlain, Xherdan Shaqiri and Divock Origi pushing for recalls.

Watford have their own injury problems as they’ll continue to be without Danny Welbeck, Tom Cleverley, Sebastian Prodl and Jose Holebas but Daryl Janmaat could return from a knee injury. 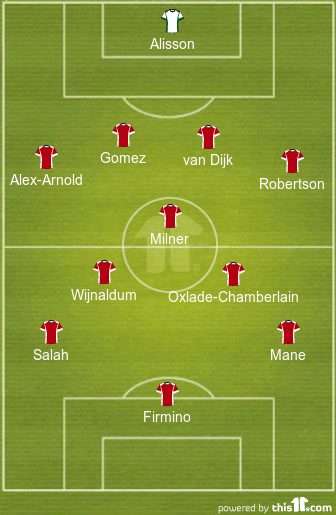 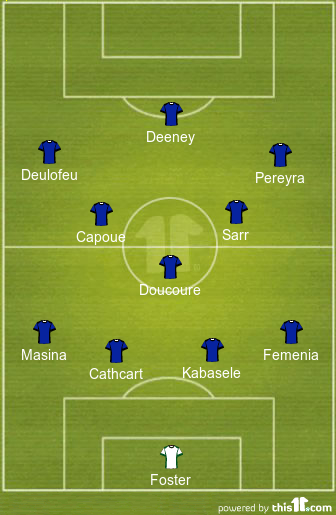 Liverpool 4-0 Watford: Liverpool have won six of their last seven games against Watford and have won the last five meetings at Anfield with an aggregate scoreline of 20-1 so this has been an excellent fixture for the Reds over the years. Klopp’s side are on a formidable run as they’ve won their last 15 home top-flight games and are on a long unbeaten run at Anfield. I really don’t see that record being under threat tomorrow and feel Liverpool will ease to another comfortable win over Watford.