This is our match preview ahead of Liverpool’s Premier League clash with Sheffield United at Anfield including team news, line-ups and prediction

Liverpool will continue their march towards the title when they host Sheffield United at Anfield this evening.

Jurgen Klopp’s side navigated a hectic December month that saw them win the Club World Cup in Doha with a narrow 1-0 win over Flamengo and still head into the New Year sitting clear at the top of the Premier League table.

The Reds currently hold a 10 point advantage over second-placed Leicester City after beating Wolves 1-0 last weekend but they also have two games in hand so can extend their lead to 13 points with victory this evening.

Liverpool will entertain a Sheffield United side that are flying high following their promotion to the top flight with the Blades sitting 8th in the table having accumulated an impressive 29 points from their 20 games.

However, boss Chris Wilder will be keen to get back on track after losing 2-0 to Manchester City at the weekend so Sheffield United will be hoping to pull off a shock at Anfield tonight.

Liverpool have no fresh injury concerns to worry about but Klopp will continue to be without the services of Dejan Lovren as he’s still nursing a thigh injury while Joel Matip remains out with a knee problem.

Xherdan Shaqiri misses out with a thigh issue, Alex Oxlade-Chamberlain has an ankle injury and Fabinho remains out with an ankle ligament injury so Klopp will be without a number of key players.

New signing Takumi Minamino has completed his switch from Red Bull Salzburg but the Japan international is not eligible for tonight’s game.

Sheffield United expect to have John Lundstram back in contention after he missed the City game with an ankle knock but Wilder has no other major concerns. 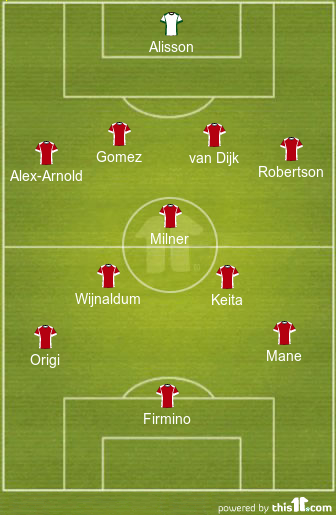 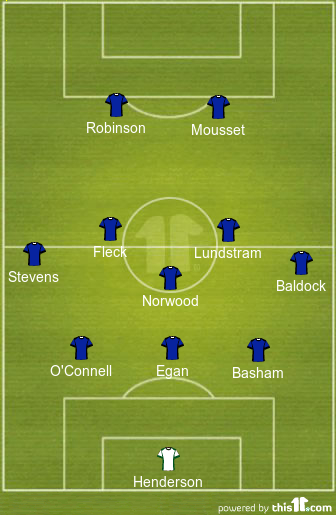 Liverpool 2-0 Sheffield United: The Blades have won just one of their last 13 away games against Liverpool and Klopp’s side have a formidable record at Anfield having not lost any of their last 26 games so I can’t see past a home win this evening. Sheffield United lost at City last time out and I think they’ll fall to a similar fate at Anfield. I’m going for a 2-0 Liverpool win.