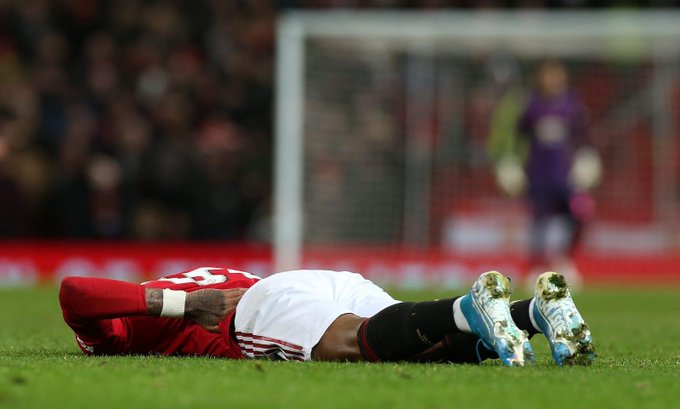 Ole Gunnar Solskjaer has offered an update on Marcus Rashford after the striker suffered a back injury ahead of Manchester United’s trip to Liverpool this weekend.

Rashford was given a well-earned rest by Solskjaer after being named among the substitutes for United’s FA Cup third round reply with Wolverhampton Wanderers on Wednesday night.

With the game goalless and United struggling to break the visitors down, Rashford was called from the bench midway through the second half as he was brought on to replace Daniel James in the 64th minute.

However, the England international only lasted around 15 minutes as he sustained a back injury during a challenge from Wolves defender Matt Doherty shortly after coming on.

Rashford tried to continue after receiving treatment from the United medical team but he was eventually forced off in the 80th minute when he was replaced by Jesse Lingard.

Solskjaer provided an update to reporters after the game and confirmed that Rashford has been carrying a back problem recently. However, this is a new issue and the Man Utd boss will wait for the injury to be assessed before he’ll know whether his top scorer will be available to face Liverpool.

The Norwegian coach admitted his gamble to bring Rashford off the bench backfired but insisted they will do everything they can to get the striker fit for the trip to Anfield on Sunday afternoon.

“He’s had trouble with the back lately but that is a different matter. Now we have got a different one. I don’t think it is related but he had to come off. I can say we will do everything we can to see and try to get him fit for Sunday but I can’t promise. We will manage.”

“I didn’t want to play him, but we needed the win. It has backfired. I can say we’ll do everything we can to get him fit. He’s been available and fit this season. He’s a quick healer. He’s struggled lately but more when he’s tired.”

United will now be left to sweat over Rashford’s fitness over the coming days as it would be a major blow to Solskjaer’s team if he was to miss the Liverpool game this weekend.

Rashford has been a vital first team player this campaign as he’s provided 19 goals and 5 assists in all competitions so far this season so Solskjaer will be desperate to have him available for the trip to Anfield.