Manchester United take on Wolves at Old Trafford this evening. Here is the team we think Ole Gunnar Solskjaer will select for the game: 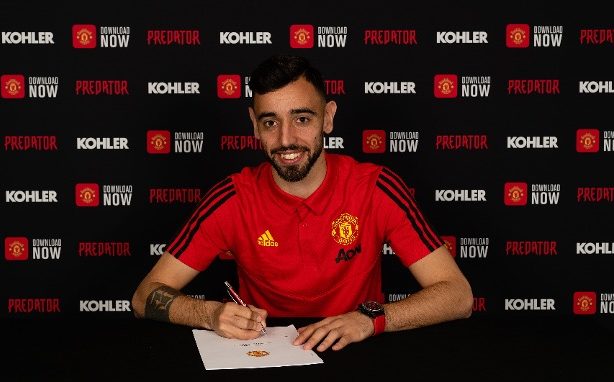 Manchester United take on Wolves at Old Trafford this evening [5.30pm kick-off]. Here is the team we think Ole Gunnar Solskjaer will select for the game:

Goalkeeper: David De Gea was back to his best during Man Utd’s win over Man City in midweek. The Spaniard is certain to keep his place so Sergio Romero will have to settle for a place on the bench.

Defence: Solskjaer has played a back three/five recently but he’s tipped to revert to a flat back four this evening. Harry Maguire and Victor Lindelof are expected to keep their places in the middle of defence so Eric Bailly and Phil Jones will be among the subs again.

Aaron Wan-Bissaka will start at right-back while Brandon Williams may get the nod ahead of Luke Shaw at left-back while Diogo Dalot could be named among the substitutes. Axel Tuanzebe is still working his way back to fitness but Marcos Rojo won’t be involved after joining Estudiantes on loan.

Midfield: Manchester United will continue to be without Paul Pogba as the Frenchman is still recovering from ankle surgery and Scott McTominay is also still on the sidelines with a serious knee ligament injury.

Fred has been performing extremely well in recent weeks so the Brazilian should keep his place in the middle of the park but Nemanja Matic isn’t available as he’s suspended following his sending off against Man City.

Therefore, Andreas Pereira may drop in to a deeper role alongside Fred as this will allow room for new signing Bruno Fernandes to make his debut. The Portuguese international completed a big-money move from Sporting Lisbon on Thursday and Solskjaer is being heavily tipped to start Fernandes this evening so he could line-up in the attacking midfield role.

Attack: United completed the surprise signing of Odion Ighalo on deadline day with the striker joining on loan from Shanghai Shenhua. However, he’s not in the country yet so the Nigerian won’t be in the squad today.

Marcus Rashford remains on the sidelines with a fractured back so Mason Greenwood should keep his place in the Man Utd attack while Anthony Martial is expected to lead the line up front.

Daniel James could be recalled after being left out against City last week so Jesse Lingard is the man set to drop out and he’ll join Juan Mata on the bench. 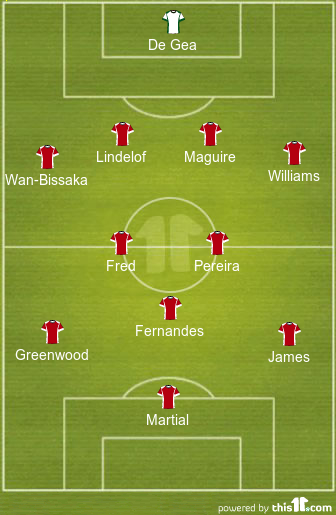