This is our match preview ahead of Liverpool’s clash with Norwich City including team news, line-ups and prediction

Liverpool will look to tighten their ironclad grip on the Premier League title when they take on Norwich City at Carrow Road on Saturday evening.

The Reds have been relentless in their pursuit of their first league title in 30 years as they extended their unbeaten run to 25 games with a resounding 4-0 victory over Southampton at Anfield two weeks ago.

Liverpool now hold a monumental 22-point lead over Manchester City having won 24 of their 25 matches this season and Manchester United are the only team to take anything away from the Merseysiders this campaign.

With City not playing this weekend, Liverpool can go 25 points clear with a win at Norwich but it’s safe to say they already have an unassailable lead so Jurgen Klopp’s men will be Premier League champions this season.

Norwich head into tomorrow night’s game desperate for points as they’re rooted to the bottom of the table on just 18 points – seven points from safety – but boss Daniel Farke will know his side will be extremely fortunate to get anything from this formidable Liverpool team.

Liverpool welcome Sadio Mane back in to the squad after he recovered from a thigh injury that’s kept him out of the last four games. However, Klopp may opt not to rush him back into the starting eleven as he may choose to save Mane for next week’s Champions League clash with Atletico Madrid.

James Milner is also back in contention after overcoming a hamstring injury but he faces stiff competition from the likes of Jordan Henderson, Gini Wijnaldum, Fabinho and Alex Oxlade-Chamberlain for a spot in Klopp’s midfield.

Xherdan Shaqiri remains on the sidelines as he continues to recover from a calf injury but Klopp has a healthy squad to choose from and they’ll be well rested following the winter break.

The good news for Norwich is they have no fresh injury concerns to contend with and Ben Godfrey is back from a ban but they’ll still be without the services of Timm Klose due to a knee injury. 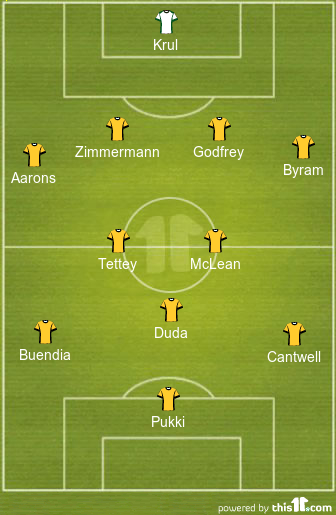 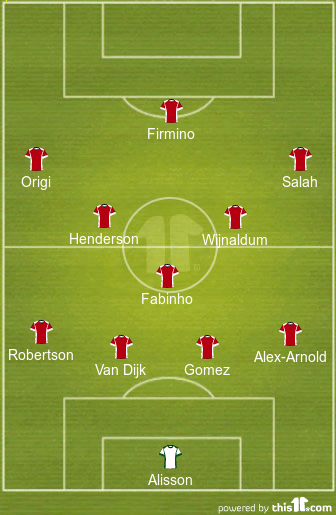 Norwich 1-3 Liverpool: Norwich are fighting for their lives at the bottom of the table but I really don’t see any hope for them in this game – even at home. Liverpool are simply too strong and should ease to a comfortable win tomorrow evening. Pukki could give the Reds a bit of trouble and Norwich may snatch a goal, but Liverpool have way too much firepower so I’m going for a 3-1 away win.