Paul Pogba could miss out when Manchester United take on Tottenham in north London on Friday night. 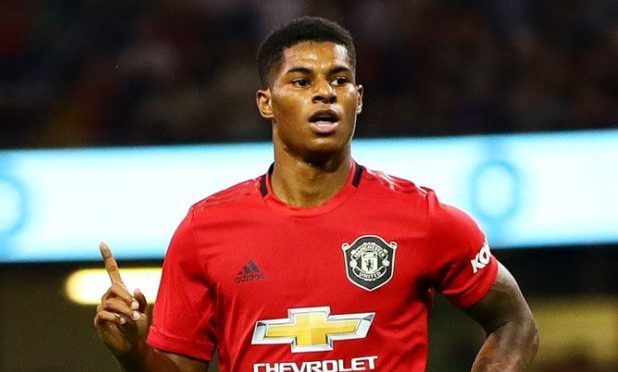 Manchester United get back to Premier League action when they take on Tottenham in north London on Friday night. Here is the line-up we think Ole Gunnar Solskjaer will select for the game:

Goalkeeper: David De Gea is almost certain to retain the gloves with the Spaniard starting against Spurs tomorrow. Sergio Romero will be his back-up on the bench.

Defence: Solskjaer appeared to have found his best back five before the break and Luke Shaw was enjoying some fine form so he’s expected to start at left-back against Tottenham meaning Brandon Williams misses out.

Aaron Wan-Bissaka will start at right-back while Victor Lindelof should partner Harry Maguire in the middle of the United back four. Eric Bailly made his return to fitness back in March so he’s an option for Solskjaer but he’ll most likely have to settle for a place among the subs.

Phil Jones and Axel Tuanzebe have been ruled out but Diogo Dalot could force his way into the United travelling squad now that Solskjaer can name nine substitutes.

Midfield: Paul Pogba is back in contention after building-up his fitness during the three-month hiatus. However, reports suggest the Frenchman is set to be named on the bench on Friday night as Solskjaer tries to find a balanced starting eleven.

Scott McTominay could be given the nod ahead of Nemanja Matic but Fred is expected to keep his place in midfield after enjoying some excellent form in the weeks leading to the enforced suspension.

Bruno Fernandes has made an excellent impact since joining Man Utd in January and the Portuguese international should be given another chance to impress by starting in the attacking midfield position against Tottenham.

Attack: Man Utd have been handed a big boost as Marcus Rashford is available again after using the break to recover from a back injury that threatened to end his campaign prematurely.

Anthony Martial is also expected to start and he could switch positions with Rashford throughout the game as both players are comfortable playing from the left or through the middle up front.

Daniel James will hope to keep his place on the right-wing but Solskjaer has other attacking options with Mason Greenwood pushing to feature while Odion Ighalo is available after his loan from Shanghai Shenhua was extended.

Jesse Lingard and Juan Mata are other options for Manchester United but I think the duo will have to settle for places among the subs on Friday. 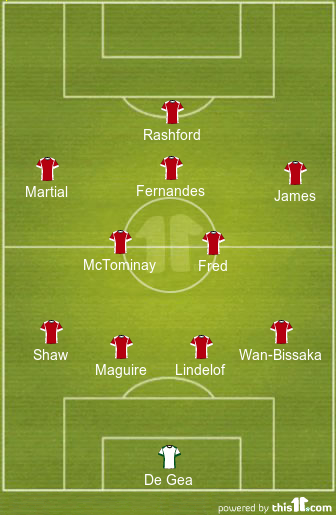