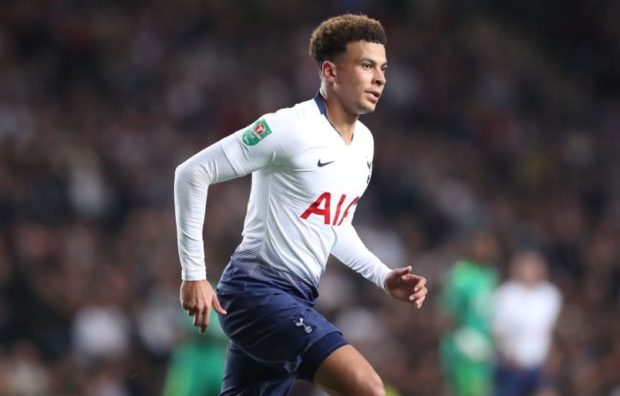 Tottenham entertain West Ham in north London this evening. Here is the latest team news and the side we think Jose Mourinho will select for the game:

Goalkeeper: Hugo Lloris is almost certain to keep his place in goal so Pablo Gazzaniga will remain on the bench.

Defence: Tottenham looked relatively solid in defence during the 1-1 draw with Manchester United last week but Mourinho may still look to make one change with Eric Dier the man most at risk after he gave away the penalty for the United equaliser.

Toby Alderweireld is pushing for a recall and he could come in to partner Davinson Sanchez in the middle of the back four. Jan Vertonghen has signed a new short-term deal but the Belgian is expected to be among the subs against West Ham tonight.

Japhet Tangana remains on the sidelines with a back injury so Serge Aurier should keep his place at right-back while Ben Davies will continue on the left side of the Tottenham back four.

Midfield: Tottenham have options in midfield with the likes of Gedson Fernandes, Oliver Skipp and Tanguy Ndombele all in contention for starting spots. Giovani Lo Celso is also available after shaking off a knock that he was carrying ahead of the United game.

However, Moussa Sissoko had a good game on Friday night so will most likely keep his place while Harry Winks has cemented himself as a regular under Mourinho so I don’t think we’ll see any changes in the middle of the park.

Attack: Harry Kane came through the full ninety minutes unscathed against Manchester United and the striker should be ready to lead the line up front for Tottenham against West Ham once again this evening.

Hueng-min Son is expected to keep his place on the left side of attack meaning Ryan Sessegnon will have to make-do with a place among the subs while Steven Bergwijn also did enough against United to keep his spot on the right.

Lucas Moura is a fitness doubt with a knock but Dele Alli is back in contention after serving a one-game suspension that kept him out of the draw with United. Erik Lamela is the man most likely to make way if Alli is given an immediate recall. 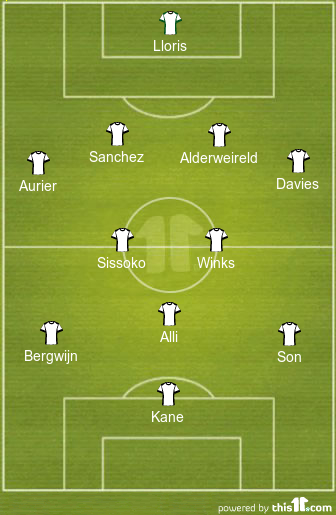