Liverpool will walk out for the first time as Premier League champions when they take on Manchester City at the Etihad Stadium this evening.

The Reds have stormed their way to the title this season and wrapped-up their first league trophy in 30 years with a record 7 games to spare after City lost at Chelsea following Liverpool’s win over Crystal Palace last week.

The results mean Jurgen Klopp’s men are 23 points clear with only 21 points left to play for so the focus for Liverpool now is breaking a number of other records to ensure they’ll go down in history as one of the best Premier League sides ever.

Coincidentally, the Merseysiders first game since securing the title will see them head to the home of the recently deposed champions so City will have to give the Liverpool players a guard of honour after relinquishing their crown.

Pep Guardiola has hinted he’ll now prioritise the Champions League and FA Cup but Man City will still want to make a statement of intent ahead of next season by putting in a strong performance against rivals Liverpool this evening.

Manchester City will be without the Fernandinho as he serves the final game of his two-match ban following his sending off against Chelsea so Nicolas Otamendi is likely to play alongside Aymeric Laporte.

Sergio Aguero has been ruled out for the rest of the season so Gabriel Jesus will lead the line up front while Rihad Mahrez and Raheem Sterling should offer support in attack.

Liverpool have no fresh injury concerns to worry about but Joel Matip has been ruled out for the rest of the season with a foot injury that he sustained against Everton last month and James Milner is a doubt with a hamstring issue.

Joe Gomez is expected to keep his place alongside Virgil van Dijk in defence while Naby Keita is pushing for a recall in the middle of the park. Gini Wijnaldum could be the man to make way if Keita is given a start.

Xherdan Shaqiri is still unavailable due to a long-term calf problem but the likes of Alex Oxlade-Chamberlain, Takumi Minamino and Divock Origi are options from the bench. 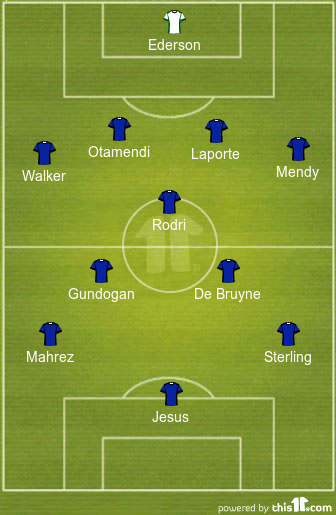 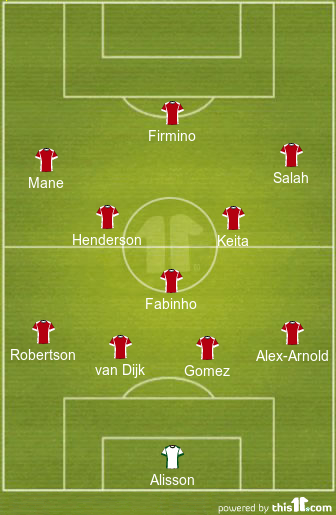 Man City 1-1 Liverpool: City have won their last two home games against Liverpool and have lost just one of their last 10 Premier League meetings at the Etihad Stadium so they’ll be quietly confident of getting a positive result against the champions.

Pride is at stake for City but this Liverpool team are so well organised and determined, I don’t see them losing their first game since being confirmed as champions. I’m predicting a hard fought 1-1 draw between the two best teams in the league.