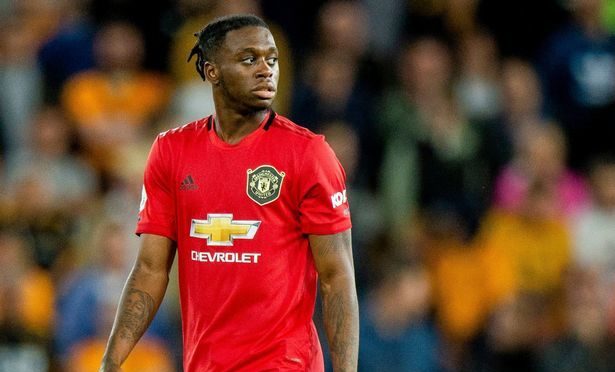 Manchester United take on Leicester City in their final Premier League game of the season at the King Power on Sunday afternoon. Here is the line-up we think Ole Gunnar Solskjaer will select for the game:

Goalkeeper: Despite mounting calls for him to be dropped following a string of poor performances, Solskjaer stuck by David De Gea for the 1-1 draw with West Ham in midweek so I expect the Spaniard to keep his place once again on Sunday.

Defence: United need just a point to guarantee a top four finish but Solskjaer is unlikely to play an ultra-defensive system and is expected to go with his familiar back four against Leicester City.

Luke Shaw faces a late fitness test after missing the last two games with an ankle injury but Solskjaer will give him every chance to prove his fitness so he could replace Brandon Williams at left-back.

Aaron Wan-Bissaka is certain to be recalled at right-back. He wasn’t risked from the start against West Ham due to a minor knock but was introduced at half-time and came through the game unscathed so he should replace Tim Fosu-Mensah on Sunday.

Victor Lindelof should continue alongside Harry Maguire in the middle of the Manchester United defence but Eric Bailly will need to be assessed at training on Saturday after missing the West Ham game with concussion.

Midfield: United looked leggy against the Hammers so Solskjaer could bring in Scott McTominay to add some fresh legs in the middle of the park. Nemanja Matic is the man most likely to make way as Paul Pogba should keep his place despite giving away the penalty on Wednesday night.

Bruno Fernandes should keep his place in the attacking midfield position so the likes of Fred, Juan Mata and Jesse Lingard will have to settle for places among the substitutes against Leicester.

Attack: Mason Greenwood was on target again on Wednesday but he’s played a lot of football lately so Solskjaer may decide to give the teenager a breather and have him as a weapon off the bench if needed.

Daniel James is pushing for a recall so he could replace Greenwood and support Anthony Martial up front. Marcus Rashford looked a little tired against West Ham but I still expect him to start on Sunday so Odion Ighalo will have to make-do with a place on the bench. 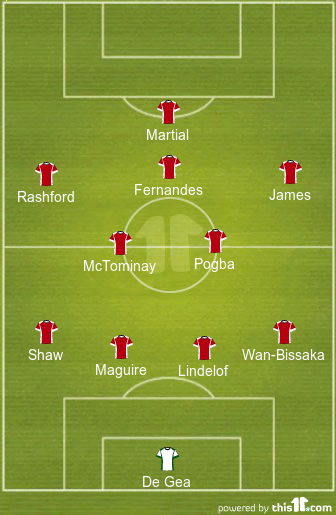