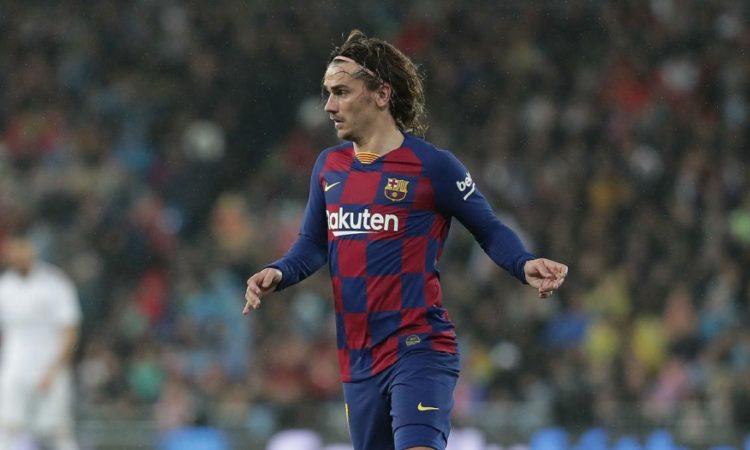 Arsenal and Manchester United are eyeing a shock move to sign Antoine Griezmann with the Frenchman’s future at Barcelona unclear following Lionel Messi’s decision to stay at the Nou Camp, according to the Daily Mail.

Griezmann joined Barca from Atletico Madrid in a mega £107m deal last summer having established himself as one of the most dangerous attackers in European football but he struggled to make an impact last season.

The 29-year-old scored 9 goals and provided a further 4 assists in his 35 La Liga appearances and really fell out of form during the second half of the campaign when he registered just 2 goals and not a single assist in Barca’s final 15 league games.

Understandably, Griezmann struggled in the shadow of Messi and there were hopes the French international may play a more pivotal role this season had the Argentinean superstar managed to force a move away from the Nou Camp.

The Daily Mail claims that new boss Ronald Koeman had promised Griezmann he would be a focal point in his new-look team if Messi left, however, those plans have now been scrapped after the 33-year-old failed to secure a transfer this summer.

It means Griezmann is facing an uncertain future as the Daily Mail says Koeman needs to trim his squad and he’s expected to give the likes of Ansu Fati and Ousmane Dembele more opportunities to shine this season.

Barcelona have financial problems so need to get some high earners off the wage bill and the newspaper suggests that Griezmann could now be sacrificed to help balance the books despite the fact they’d have a take a big loss on their investment.

The situation appears to have alerted clubs here in the Premier League as the Daily Mail says Arsenal and Manchester United are among the clubs who could launch a move to sign Griezmann if he becomes available for transfer.

Gunners boss Mikel Arteta is reportedly looking to add another attacker to his ranks and the Arsenal chief could be eyeing Griezmann as a potential replacement for Pierre-Emerick Aubameyang or Alexandre Lacazette.

Neither player has signed a new contract at the Emirates and Lacazette in particular is being linked with a move this summer so Arsenal could be looking at Griezmann as a replacement should the Frenchman leave.

Manchester United are focusing their efforts on signing Jadon Sancho but they’ve long been linked with a move for Griezmann and could step-up their interest if they fail to get a deal agreed with Borussia Dortmund for Sancho.

We’ll have to wait and see how things develop over the coming weeks but I don’t expect anything to happen with Griezmann until Koeman assesses his squad properly ahead of the new season.

The former Atletico Madrid star will no doubt want another chance to turn things around at Barcelona and as much as he would be a superb signing for Arsenal or United, I really don’t see anything coming of these rumours.