Manchester City take on Tottenham Hotspur at Wembley in the League Cup final this afternoon. Here are the confirmed line-ups: 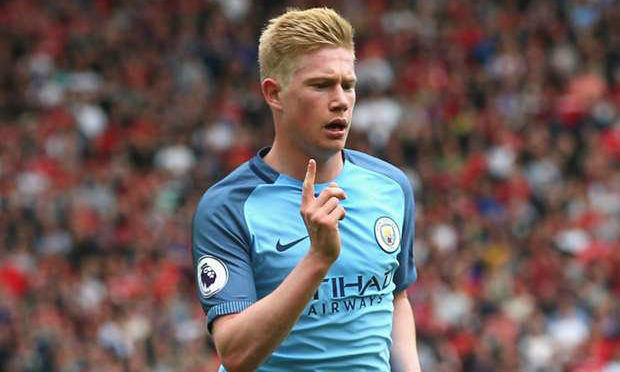 Manchester City take on Tottenham Hotspur at Wembley in the League Cup final this afternoon.

Pep Guardiola is able to hand a recall to Kevin De Bruyne after the Belgium international proved his fitness to return to the City side. Ilkay Gundogan and Fernandinho join De Bruyne in midfield with Rodrigo on the bench.

Steffan starts in goal with Ederson on the bench but otherwise Man City are virtually at full strength with Joao Cancelo at left-back and Ruben Dias partnered by Aymeric Laporte with John Stones suspended.

Phil Foden starts in attack along with Raheem Sterling and Riyad Mahrez while Sergio Aguero is fit enough for a place on the bench along with Gabriel Jesus, Ferran Torres and Bernardo.

Tottenham have been handed a major boost as Harry Kane has been passed fit to start up front despite struggling with an ankle injury in recent days. Ryan Mason has left Gareth Bale on the bench with Hueng-min Son and Lucas Moura the men chosen to support Kane in attack.

Harry Winks gets a start in midfield alongside Pierre-Emile Hojbjerg and Giovani Lo Celso so Moussa Sissoko, Tanguy Ndombele and Dele Alli have to settle for places among the Tottenham substitutes.

Serge Aurier starts at right-back while Toby Alderweireld, Eric Dier and Sergio Reguilon make-up the back four so Davinson Sanchez is on the bench along with Japhet Tanganga, Steven Bergwijn and Erik Lamela.