Arsenal take on Newcastle at St James’ Park on Sunday afternoon. Here is our preview with team news, line-ups and prediction for the game

Arsenal get back to Premier League action when they take on Newcastle United at St James Park on Sunday afternoon.

The Gunners suffered a disappointing 2-1 defeat to Villarreal in the first leg of their Europa League semi-final tie on Thursday night so they’ll be looking to get back to winning ways tomorrow.

A 1-0 defeat to Everton last weekend all-but ended Arsenal’s hopes of qualifying for Europe via the league as they sit 10th in the table – eight points adrift of sixth-placed Liverpool with just five games left.

Therefore, Mikel Arteta will understandably prioritise the second leg against Villarreal but he’ll still hope to send his players into Thursday’s crucial game off the back of a positive result at Newcastle.

The Magpies also have very little left to play for in the Premier League as they sit 16th in the division – nine points off the relegation zone – so Steve Bruce’s side have secured their top flight status for another year.

Arsenal welcomed Pierre-Emerick Aubameyang back into the squad for the defeat at Villarreal but he was only fit enough to play a handful of minutes and Arteta has suggested he isn’t ready to start tomorrow.

Alexandre Lacazette will need to pass a late fitness test after missing the last three games with a thigh injury. Kieran Tierney could also return to the squad after making a swift recovery from a knee injury but a place on the bench is probably the best he can hope for.

Arteta is expected to rotate his squad ahead of the crucial Europa League second leg so the likes of Hector Bellerin, David Luiz, Gabriel, Cedric Soares, Gabriel Martinelli, Willian and Eddie Nketiah are all pushing for recalls.

Arsenal could rest some key players for the Villarreal game so Bukayo Saka, Thomas Partey and Nicolas Pepe could be among those given a breather.

As for Newcastle, Joe Willock won’t feature as he’s ineligible to play against his parent club as per the terms of his loan. Matt Ritchie could return from a calf injury but the likes of Karl Darlow, Isaac Hayden, Jamaal Lascelles and Ryan Fraser remain on the sidelines. 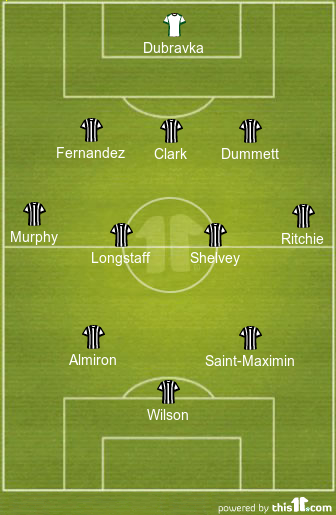 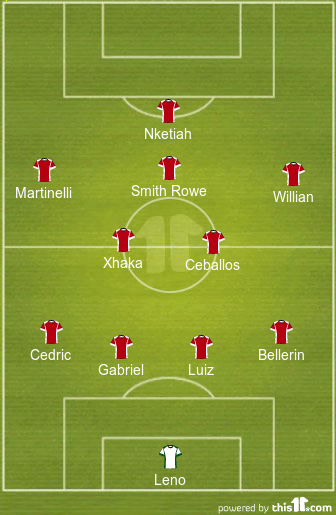 Newcastle 2-2 Arsenal: Arsenal head into this game in poor form but they have an excellent record against Newcastle having won 15 of the last 16 Premier League meetings. The Gunners have also lost just three of their last 22 visits to St James’ Park so they’ll be hoping to continue that excellent record.

Newcastle have kept a clean sheet in just one of their last 20 league games while Arsenal have also kept just two clean sheets in their last 19 games in all competitions so we should see plenty of goal mouth action. We’re backing a weakened Arsenal side to go away with a 2-2 draw tomorrow.