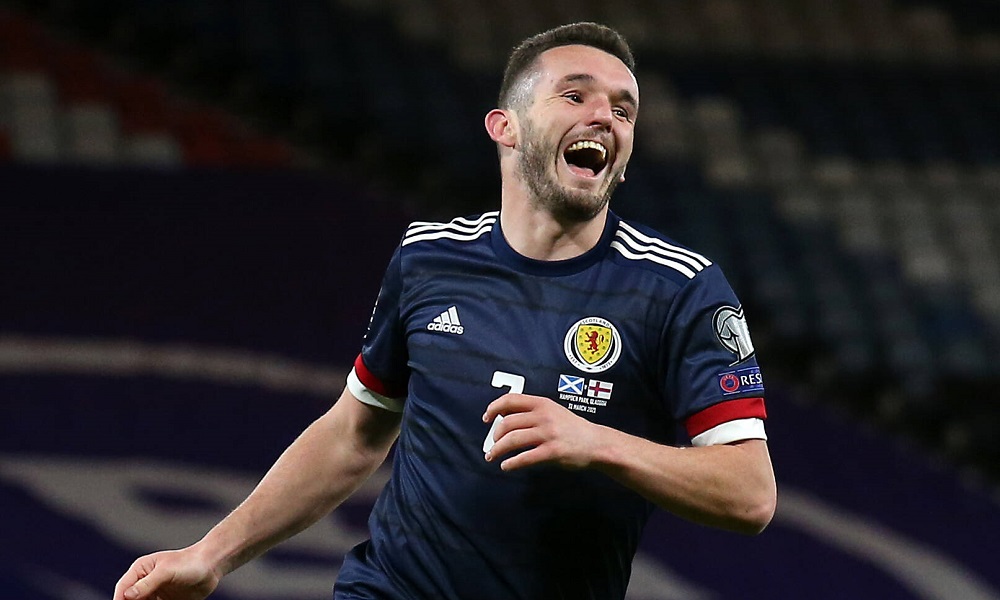 Liverpool are showing a keen interest in signing John McGinn but Aston Villa will demand up to £50m for the midfielder this summer, according to The Athletic.

Jurgen Klopp has already snapped up centre-back Ibrahima Konate from RB Leipzig but the Reds boss is also in the market for another central midfielder after seeing Gini Wijnaldum join Paris Saint-Germain on a free transfer.

Winaldum’s exit will leave a huge void needing to be filled in the middle of the park and Liverpool have been linked with a whole host of names in recent weeks but McGinn is emerging as a serious candidate.

Reports over the weekend suggested that Liverpool were lining-up a move for the Aston Villa star and The Athletic journalist James Pearce has confirmed the Merseysider’s interest in McGinn is ‘very real’.

Klopp has been impressed by the 26-year-old’s all-action performances at the heart of Villa’s midfield and McGinn was one of the stand-out players during Aston Villa’s stunning 7-2 win over Liverpool last October.

According to Pearce, his display prompted Klopp to speak to Andrew Robertson about his compatriot and it appears the Liverpool boss is now considering making a move to try and sign the Scottish midfielder this summer.

However, any deal won’t be easy to pull off as Aston Villa are determined to keep hold of their key players this summer and The Athletic claims the Midland’s club will demand up to £50m for McGinn’s signature.

That would represent a huge profit on the £2.75m they paid Hibs for McGinn three years ago but the midfielder has become a vitally important player under boss Dean Smith having started all but one of Villa’s Premier League games last season.

The chance to join a club like Liverpool would surely turn his head but McGinn signed a new five-year contract in December 2020 so Villa are under no pressure to cash-in any time soon, meaning negotiations would be difficult.

Not only that, but The Athletic claims that Manchester United are also eyeing McGinn so Liverpool could face stiff competition for his signature if the player pushes for a move away from Villa Park this summer.

We’ll have to wait and see how things develop over the coming weeks but McGinn would be an excellent signing for Liverpool if they could pull it off as he has the energy, work-rate and quality to be a superb replacement for Wijnaldum at Anfield.