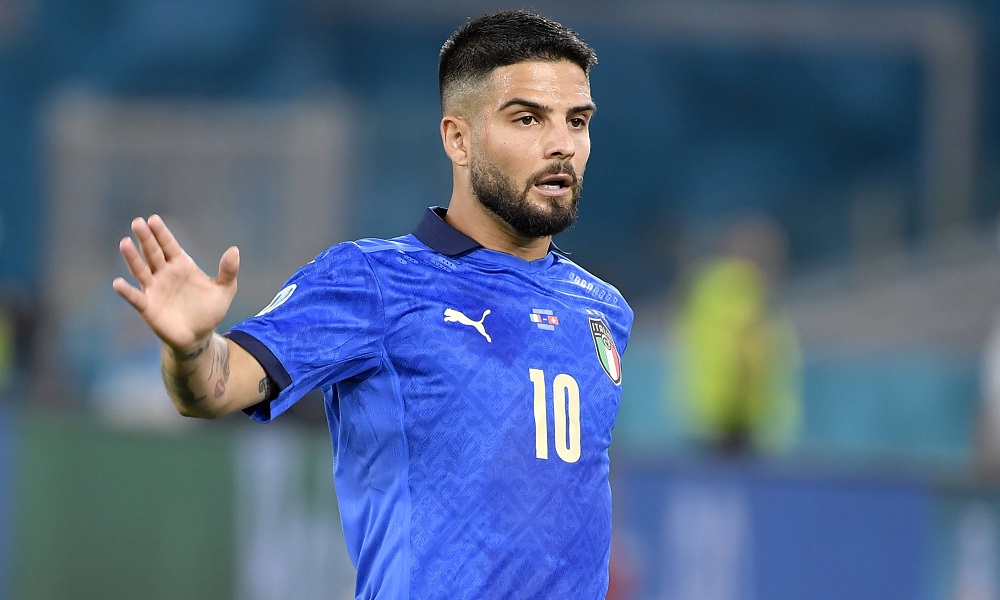 Arsenal and Tottenham are among the clubs showing a keen interest in signing Napoli attacker Lorenzo Insigne this summer, according to reports in Italy via the Mirror.

Insigne has spent his entire career at Napoli and after coming through their youth ranks as a youngster, he’s gone on to become a club legend having made almost 400 first team appearances for the Serie A outfit.

The Italian international has provided 109 goals and 85 assists during his time in Naples but his future at the Stadio San Paolo is in serious doubt as Insigne is about to enter the final year of his contract and no progress has been made over an extension.

Napoli are desperate to tie Insigne down to a new deal but they may be forced to cash-in this summer at a cut-price fee rather than risk losing him for nothing in 12 months time if a new contract isn’t agreed over the coming weeks.

The situation has alerted clubs here in the Premier League as the Mirror are citing a report from Il Mattino that claims Arsenal and Tottenham are among those showing a keen interest in luring Insigne to England.

Mikel Arteta is expected to be extremely active in the market this summer as he looks to overhaul his squad following a disappointing 2020/21 campaign and the Gunners boss is being linked with a number of defenders and midfielders.

However, Arsenal also need to add more creativity to their ranks after struggling for goals last season and it seems Arteta has identified Insigne as a player who could add some spark to their frontline.

Tottenham still need to hire a new manager but they are also likely to be busy reshaping their squad over the coming weeks and they desperately need to lighten the load on Harry Kane’s shoulders next season.

Insigne can play anywhere across the attacking positions so his versatility would be a useful asset for Tottenham, or indeed Arsenal, so I think he’d be a terrific addition for either of the north London clubs.

At 30-years-old, Insigne may feel the time is right to seek a new challenge and could be tempted by the idea of playing in the Premier League. The attacker is still in his prime after scoring 19 goals and providing a further 11 assists last season so he’d be a superb signing for either club.

However, Arsenal and Spurs could face further competition for his signature as the report says Chelsea are also keeping tabs on the Italian forward as they look to strengthen their attacking options ahead of the new season.