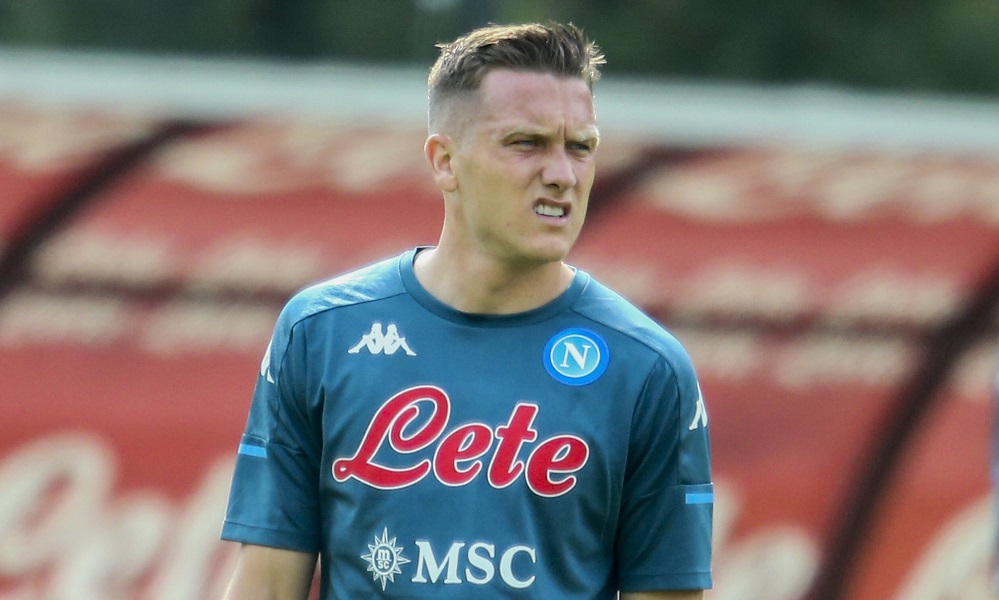 Liverpool and Manchester United have held talks with the agent of Piotr Zielinski to discuss a potential move for the Napoli midfielder this summer, according to reports in Italy via TeamTalk.

Zielinski has been with Napoli since joining the club from Udinese in 2016 and he’s enjoyed a productive spell at the club having contributed 32 goals and 28 assists in his 239 appearances so far.

The 27-year-old’s form has seemingly attracted interest from England as Zielinski has regularly been linked with a move to the Premier League over the years and the speculation has once again resurfaced this summer.

TeamTalk are citing a report that originates from Corrierre del Mezzogiorno journalist Ciro Troise [as cited by Arena Napoli] who claims that Liverpool and Manchester United have both made contact with Zielinski’s agent to discuss a potential move.

According to the report, the Italian journalist says that neither club has put forward concrete offers yet but it looks like Liverpool and Man Utd could be eyeing a move to sign Zielinski ahead of the new season.

Jurgen Klopp is in the market for a new midfielder after Gini Wijnaldum joined Paris Saint-Germain on a free transfer when his contract expired last month and Liverpool have been linked with a number of players in recent weeks.

Zielinski is a name Liverpool fans should be familiar with as they’ve been linked with the Polish international several times in recent years and it looks like Klopp may be eyeing him as a potential replacement for Wijnaldum.

However, Liverpool could face stiff competition as Manchester United are also being tipped to bring in another midfielder this summer amid on-going doubts surrounding the future of Paul Pogba.

The Frenchman is in the final year of his contract and no progress has been made over an extension so United may be forced to cash-in if Pogba doesn’t sign a new deal soon and Ole Gunnar Solskjaer may view Zielinski as the man to fill his boots.

Things appear to be at an early stage so we’ll have to wait and see how this story develops but Zielinski still has three year left on his contract so Napoli are under no pressure to sell. Therefore, I’m sure it would take a sizeable offer to tempt them with Transfermarkt valuing the Polish star at £45m.