Arsenal are in talks with the agents of Takehiro Tomiyasu and could hijack Tottenham’s attempts to sign the £20m-rated Bologna defender this summer. 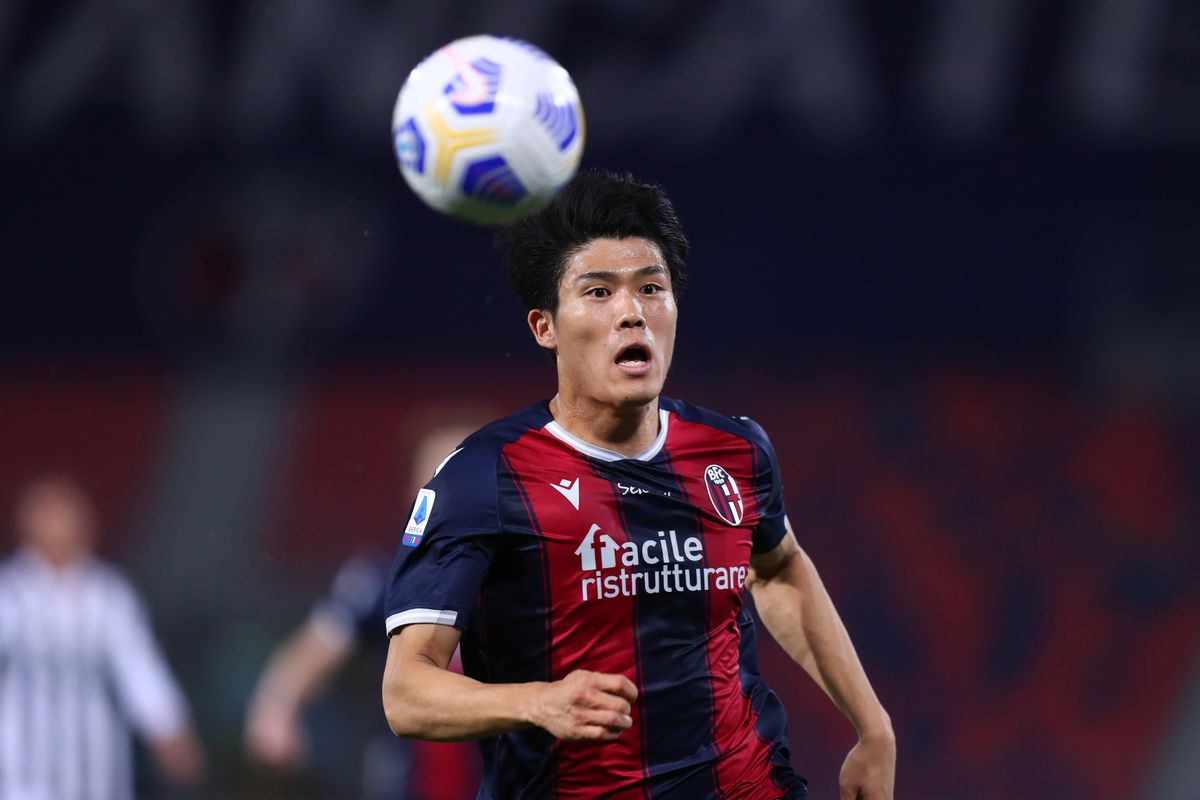 Arsenal are in talks with the agents of Takehiro Tomiyasu and could hijack Tottenham’s attempts to sign the £20m-rated Bologna defender this summer, according to reports via the Express.

Tomiyasu has developed into one of the most highly-rated centre-backs in Italian football since joining Bolonga from Sint-Truiden in 2019 and he’s been hugely impressive during his 63 appearances over the past two years.

The 22-year-old’s form has caught the attention of clubs here in the Premier League and widespread reports in recent weeks have claimed Tottenham have been closing-in on a deal for the defender.

Nuno Espirito Santo is revamping the squad he inherited from former boss Jose Mourinho and a new centre-back is believed to be a priority with Tomiyasu among his top targets this summer.

The Express says Tottenham director Fabio Paratici has been pushing to get a deal agreed with Bologna and Tomiyasu was reportedly close to sealing a move to White Hart Lane before heading off to represent Japan at the Olympics.

According to the newspaper, Tottenham saw a £15.5m bid rejected by Bologna in early July and while they remain confident of getting a deal done, negotiations have failed to progress significantly over the past few weeks.

This appears to have opened the door for Arsenal to try and hijack Tottenham’s attempts to sign Tomiyasu with the Express citing a report in the print version of Corriere dello Sport [story below] that claims the Gunners have made their move for the defender. The Italian outlet says Arsenal chiefs have opened talks with Tomiyasu’s representatives over a potential move to the Emirates and the player is desperate to secure a move to the Premier League – whether it be to Spurs or Arsenal.

Mikel Arteta has already splashed out £50m on Ben White to replace David Luiz so if the Arsenal boss is looking to bring in a second centre-back such as Tomiyasu this summer then you’d expect another defender to be heading for the exit door.

We’ll have to wait and see how things develop but the Express says Bologna are holding out for at least £20m for Tomiyasu’s signature so the likes of Arsenal or Tottenham will need to be prepared to match that valuation if they want to get a deal agreed.

Tomiyasu would be a decent signing for either of the north London giants as he’s developing into a top class centre-back but is also comfortable playing at right-back if needed so his versatility would be a useful asset.