Premier League football returns this weekend as Manchester United travel to Vicarage Road to take on Watford on Saturday afternoon.

The Red Devils will be desperate to get back to winning ways after slumping to a disappointing 2-0 defeat to local rivals Manchester City at Old Trafford before the international break.

That loss has left Manchester United sitting sixth in the table – five points adrift of the top four – so Ole Gunnar Solskjaer is under increasing pressure to get their campaign back on track.

Watford will also be looking to get their season up and running and they head into the weekend action off the back of a frustrating 1-0 defeat to Arsenal at the Emirates Stadium two weeks ago.

The Hornets currently lay 17th in the division – just two points outside the relegation zone – so Claudio Ranieri will be hoping for a positive result against United to boost their survival hopes.

Man Utd will be without Paul Pogba as he’s been sent to Dubai to aid his recovery from a thigh injury that he sustained while away with the France squad last week.

Raphael Varane is also still missing for United as he continues to overcome a thigh injury while Edinson Cavani is a major doubt due to a tendon injury that’s hampered him recently.

However, Luke Shaw is expected to make his return after suffering concussion against City while Marcus Rashford and Scott McTominay are also set to be passed fit for the game.

Watford have injury issues of their own to contend with as Peter Etebo, Juraj Kucka, Christian Kabasele, Ken Sema and Kwadwo Baah are all confirmed absentees for the hosts. 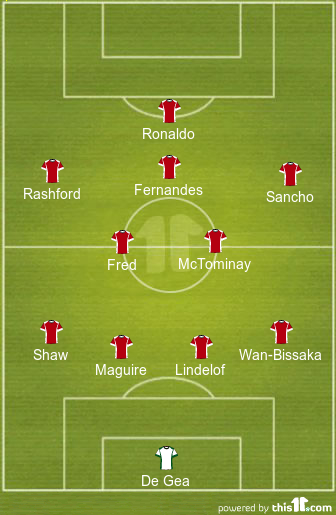 Watford vs Manchester United will kick-off at 3pm on Saturday afternoon as it hasn’t been selected for live broadcast by either Sky Sports or BT Sport. Therefore, there will be no official way to watch the match live for non-match going fans and they’ll have to wait until Saturday evening to watch highlights on Sky or Match of the Day.

Supporters can of course catch the match live on a dodgy stream that can be found online. There are always plenty of stream options floating around on social media – but obviously we can’t condone that sort of thing!

Watford 1-2 Man Utd: The Red Devils desperately need to get back to winning ways and they should be confident of doing so tomorrow as they have an excellent record against Watford having won 12 of the last 14 meetings between the two sides. I still expect Watford to give a good account of themselves but back Man Utd to edge it.