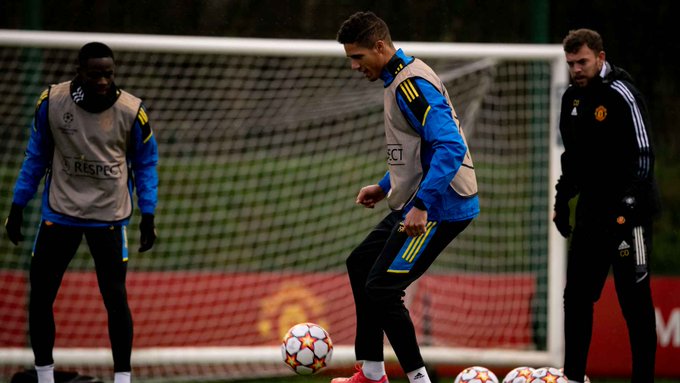 Manchester United have been handed a quadruple injury boost as Raphael Varane, Luke Shaw, Edinson Cavani and Jesse Lingard were all involved in training today.

Varane has been on the sidelines in recent weeks due to a thigh injury but he’s made good progress in his rehabilitation and returned to light individual training late last month.

The French international has now stepped-up his recovery after being snapped in training with the rest of the Man Utd first team squad today. It appears Varane was only involved in parts of the session as boss Ralf Rangnick confirmed to the media at his press conference this afternoon that he expects the defender to resume full training next week.

Manchester United could also be able to call upon Cavani soon as the Uruguayan striker was also pictured out on the training pitch with the first team squad today. Cavani has been nursing a troublesome tendon injury lately but Rangnick also expects him to be in full training next week so the hitman should be available for selection soon.

Shaw has missed a number of games over the past month after suffering two head injuries, however, the full-back is closing-in on a return to action as he also took part in training at Carrington this morning. 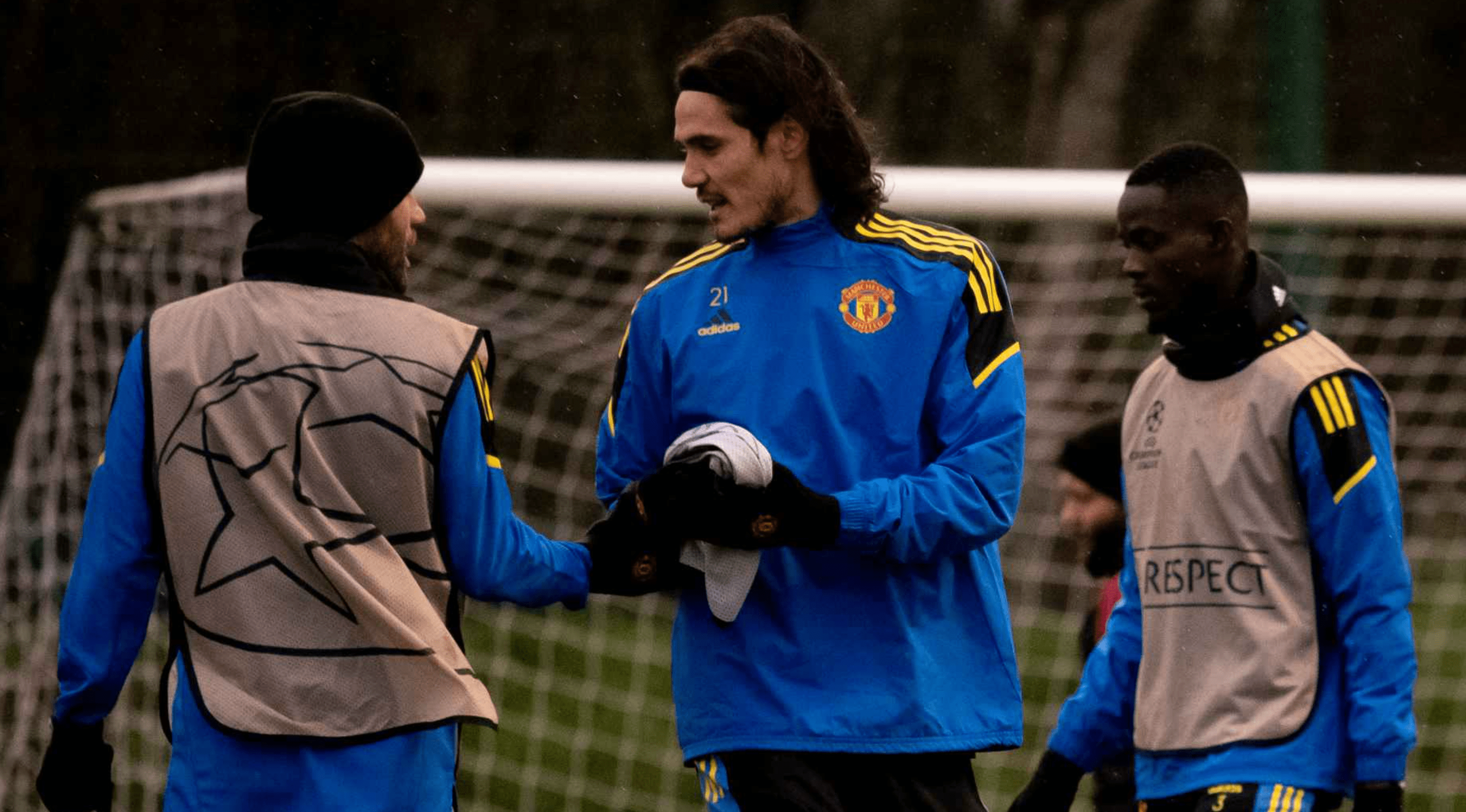 In another boost for Rangnick, Lingard appears to have made a swift recovery from a muscle injury that kept him out of the win over Crystal Palace at the weekend. The midfielder was involved in training today so could feature during Man Utd’s Champions League clash with Young Boys tomorrow night.

However, it looks like Anthony Martial will be missing once again as the French forward wasn’t among the squad that trained today so he looks set to miss out against Young Boys at Old Trafford on Wednesday.

Paul Pogba is another absentee for United as the midfielder is still working his way back from a thigh injury that’s expected to keep him on the sidelines until the New Year.

Manchester United head into the Young Boys game having already booked their place in the knockout stages of the Champions League so Rangnick is expected to rotate his squad. The likes of Dean Henderson, Eric Bailly, Juan Mata, Mason Greenwood, Nemanja Matic and Donny van de Beek will be hoping to feature.