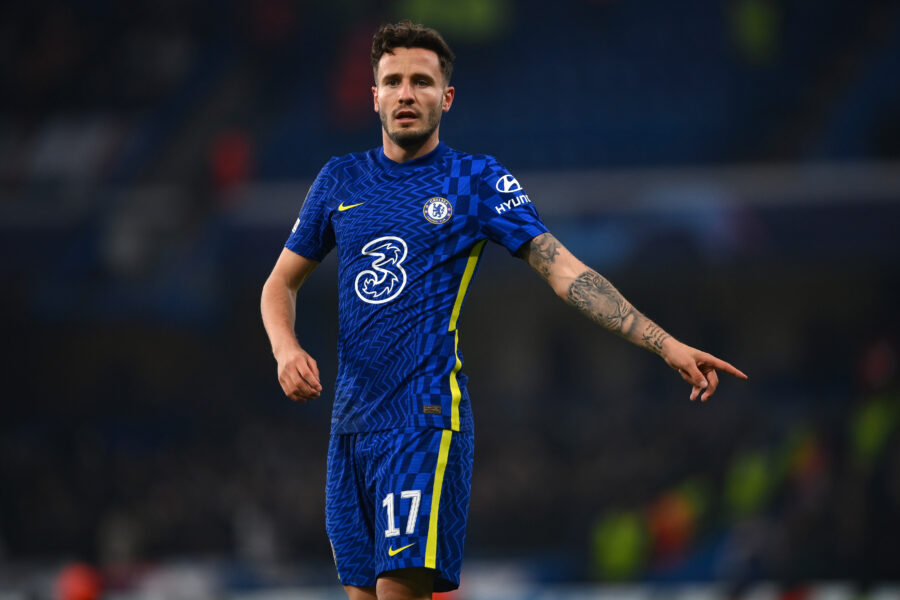 A section of Chelsea fans on Twitter were impressed with the performance of Saul Niguez during the Carabao Cup quarter-final at Brentford last night.

It was a difficult opening half for the Blues with Brentford creating the clear-cut chances. Kepa Arrizabalaga produced important saves to keep the scores level.

Following the interval, it was a completely different theme. The Blues became more dominant with Tuchel deciding to introduce five senior players off the bench.

Reece James, who was one of those, created the opening goal in the 80th minute. The defender’s cross into the box was put into his own net by Pontus Jansson.

Jorginho doubled the advantage five minutes later from the penalty spot. The Blues were far from full strength, but ensured their progress to the semi-final stage.

Some of the club’s faithful were delighted for Saul, whose performance probably went under the radar.

The Spaniard has endured a difficult time since joining the Blues on loan from Atletico Madrid last summer. He has struggled to cope with the pace of the Premier League.

However, there has been an improvement lately. He had a positive impact against Wolverhampton Wanderers last weekend where he was willing to make forward runs.

The 27-year-old had another solid performance yesterday. He registered an impressive four tackles and one interception. Saul also won three take-ons and three aerial duels.

Here are a few Twitter reactions after his Brentford display.

Saul's performance tonight will go under the radar but he was great all game. tidy in possession, linked up well with Kova in 1st half and jorginho in the second half. Slowly finding his form. pic.twitter.com/heqcg4YwJN

Saul Niguez really impressed me and I’m really happy for him. We’re about to see the best version for him with time and patience

Nobody is talking about Saul improvement.. pic.twitter.com/fkzR0PwksN

Tonight was great for Kepa and the academy debutants, but I'm just as happy for Saul Niguez as much as anyone else.

Torrid few months at Chelsea, but he's starting to look more like the player that has delivered for Atletico Madrid and Spain. Baby steps 👍 pic.twitter.com/df2jSNzNxf

His best game for Chelsea.
Give credit where it's due, Saúl keeps improving game after game! pic.twitter.com/CZmAb0qcEi

I guarantee Chelsea fans will be singing & chanting Saul Niguez’s name by the end of the season. Top talent finding his feet again.

The £36m star appears to be finding form and confidence after a poor start to his Blues career. He could be a key player during the back end of the campaign.

The Blues are still alive across five competitions this season including the Club World Cup. With the fixture pile-up, Saul will have plenty of opportunities to impress.

Chelsea face Tottenham Hotspur in the double-legged Carabao Cup semi-final next month. If they progress, they will take on Arsenal or Liverpool in the final at Wembley Stadium.