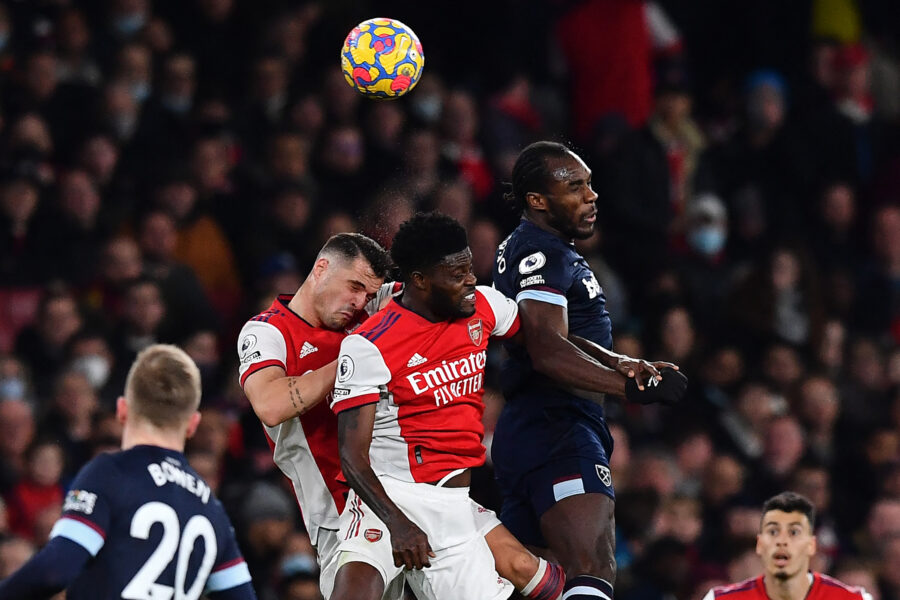 The Gunners have had a disappointing run since the turn of the year, having failed to win any of their five matches across all competitions.

That includes a draw and defeat against Burnley and Manchester City respectively in the league. Manager Mikel Arteta will be hoping for a change in fortunes following the winter break.

Takehiro Tomiyasu has returned to training following his recurring calf problem, and could make his comeback to the starting line-up at the Molineux Stadium tomorrow.

Granit Xhaka and Thomas Partey are also available for selection after completing their suspensions. Nicolas Pepe and Mohamed Elneny could also make the squad against Wolves.

The duo have returned after their African Cup of Nations commitments. Despite recent setbacks, Arsenal are still in a solid position to finish in the top four with 17 games left.

They are currently four points behind fourth-placed West Ham United with three games in hand. Arteta will be eyeing a strong performance against Wolves with maximum points.

Here is our expected Arsenal line-up

Goalkeeper: Aaron Ramsdale has been the undisputed choice in goal for the Premier League games since September. He has had some nervous moments, but has hardly put a foot wrong. The England international has 10 clean sheets from 18 league games, and is expected to continue between the sticks ahead of Bernd Leno. 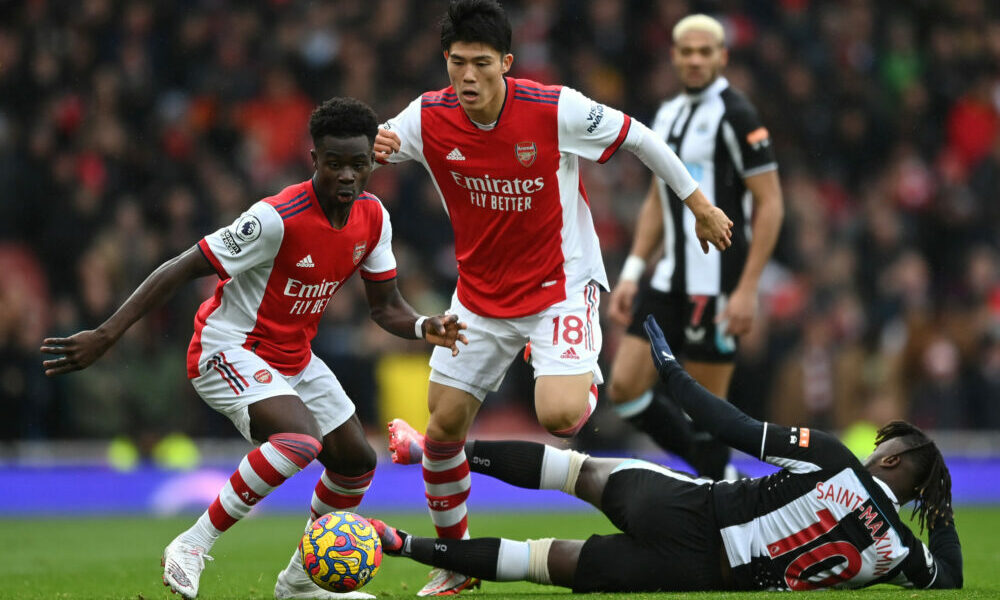 Defence: Arteta should be able to revert to his preferred backline with the return of Tomiyasu to training. The Japan star should start in the right-back role with Kieran Tierney on the opposite side of the Arsenal defence. Centre-back duo Ben White and Gabriel Magalhaes have started every league game since September, and it should be the case tomorrow.

Xhaka and Partey back

Midfield: Xhaka and Partey are expected to be reunited in the centre of the park. The duo have not played alongside each other since the slender 2-1 defeat to Manchester City at the Emirates Stadium on January 1. Partey produced one of his best performances in the Gunners’ shirt on New Year’s Day, and it remains to be seen whether he can replicate the showing against Wolves.

Attack: Arteta may have a straightforward decision to make in the wide attacking roles. Bukayo Saka and Gabriel Martinelli have firmly established themselves as undisputed starters, and this could result in Emile Smith Rowe settling for a bench role alongside Pepe.

Martin Odegaard is likely to continue in his preferred number 10 position with Alexandre Lacazette leading the line for Arsenal. Lacazette has been poor with his finishing in recent games, but has the chance to redeem himself. He has bagged two goals and an assist in his last four meetings against Wolves. 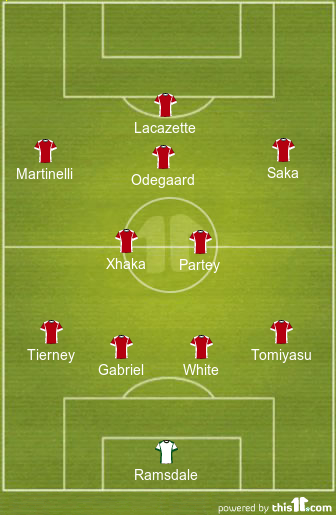