The Red Devils ended a three-match winless run in all competitions on Saturday with a 3-2 league triumph over Norwich City at Old Trafford.

Cristiano Ronaldo made the difference with the 50th hat-trick of his club career. David de Gea also made a vital save when the scores were 2-2.

Despite the victory, interim boss Ralf Rangnick was far from pleased by the defensive performance and there needs to be a big improvement. United have struggled against Liverpool over the past few years, and have not won at Anfield since 2016.

With just three points separating them from fourth-placed Tottenham Hotspur, the game is a potential must-win to keep alive hopes of qualifying for the Champions League.

Rangnick will be without Fred, Scott McTominay, Edinson Cavani and Raphael Varane due to injuries. Varane has yet to return to full training and is undergoing rehabilitation. Luke Shaw has been ruled out for the remainder of the campaign following a leg surgery earlier this month.

Aside from the quintet, we anticipate Ronaldo to get an extended break from action following the tragic death of his baby boy. The Portuguese confirmed the devastating news on Monday evening.

Here is how United could line up against Liverpool:

Goalkeeper: David de Gea has played every minute of Manchester United’s Premier League campaign. The Spaniard has made several stand-out saves and came up with another crucial one against the Canaries at the weekend. He is expected to start in goal tomorrow, but could have another busy game.

Defence: Diogo Dalot has firmly established himself as the first-choice right-back over Aaron Wan-Bissaka. His attacking attributes have given him the edge over Wan-Bissaka so the Portuguese is set to retain his spot. Alex Telles should be a confirmed starter at left-back with Shaw sidelined for the campaign.

Earlier last week, Rangnick raised the possibility of Varane making his injury comeback against Liverpool, but that won’t be the case. Hence, Victor Lindelof will continue to partner Harry Maguire at the heart of the Manchester United backline tomorrow.

Midfield: Jesse Lingard earned a surprise start alongside Bruno Fernandes and Paul Pogba in a three-man midfield on Saturday, but was substituted shortly after the hour mark for Nemanja Matic. Rangnick will want more defensive assurance at Anfield. Matic is widely expected to make the starting line-up against Jurgen Klopp’s side. 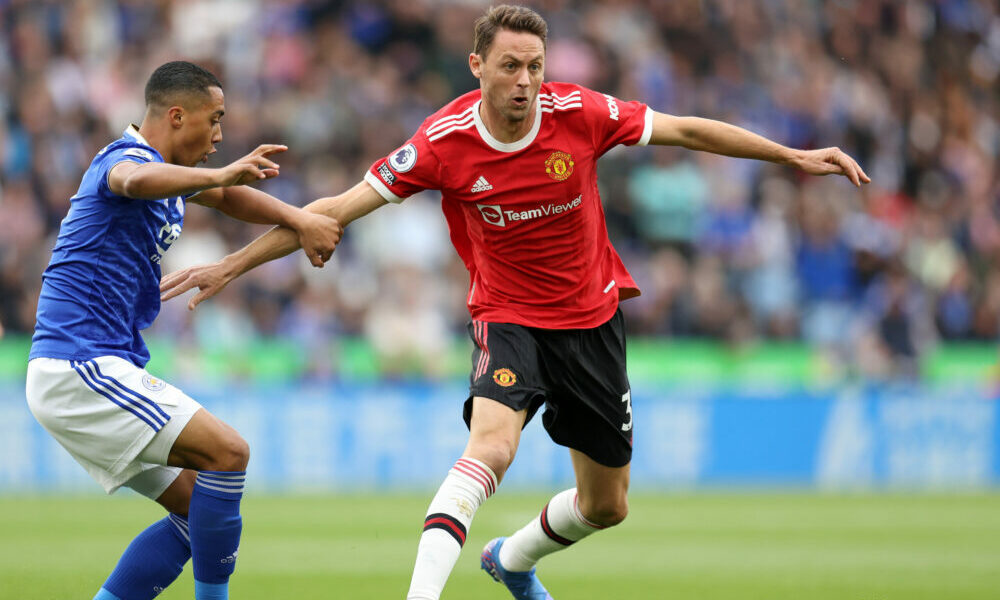 Attack: Anthony Elanga enhanced his reputation with an assist for the opening goal against the Canaries. The youngster later on played in the right wing-back position. Rangnick was pleased with his versatility, and the Swede is expected to start on the right wing.

Jadon Sancho has been one of Manchester United’s best-performing players since the winter break with six goal contributions. The England star has not been among the goals lately, but has the ability to stand out in the big games. He has netted against Chelsea and Manchester City this term and should continue on the left wing.

Cristiano Ronaldo has answered critics with two hat-tricks in his last four league games, but may not play any part on Tuesday night following the tragic personal loss. This could pave the way for Marcus Rashford to lead the line against Liverpool tomorrow. 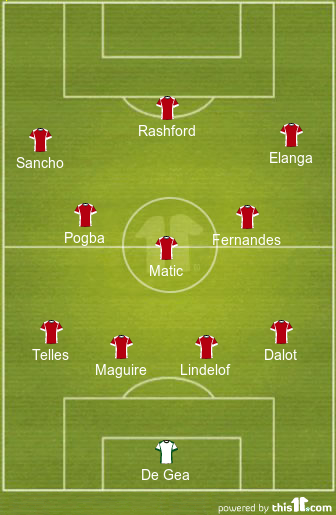