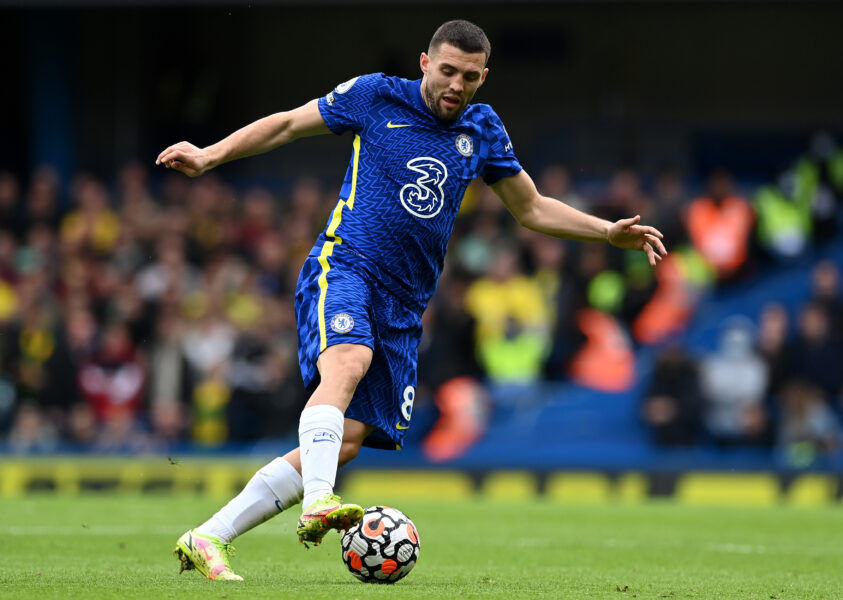 Chelsea manager Thomas Tuchel has said that midfielder Mateo Kovacic is ‘very unlikely’ to be fit for the FA Cup final against Liverpool on Saturday.

The Croatian recovered from an ankle injury at the start of the month, but appears to have suffered a similar setback following a poor tackle from Leeds United’s Daniel James last night.

James was handed a straight red card for his challenge in the 24th minute and moments later, Kovacic had to be substituted as he was unable to carry on with an evident injury concern.

Following the 3-0 Premier League win at Elland Road, Tuchel said that the 28-year-old has a swollen ankle and is in a lot of pain. He added to dismiss his chances of facing the Reds this weekend.

He told Chelseafc.com: “I tell you not as a coach and not as an expert but for me it is very unlikely [Kovacic will be fit]. He played in the Carabao Cup final and the semi-final of the FA Cup with the same injury.”

“He tried to play more minutes here, but it was almost impossible so he came off and he has a swollen ankle and is in a lot of pain. We need to wait for the examination but it is very unlikely and that is absolutely bad news for us of course.”

Chelsea returned to winning ways after four league games yesterday. The victory has taken them to 70 points for the campaign, four points clear of fourth-placed Arsenal.

They are a further eight ahead of Spurs, and appear in pole position to qualify for the Champions League. It could happen tonight if Spurs drop points against the Gunners.

Meanwhile, their main focus will now be on the FA Cup final against Liverpool. The Blues have made the final of the previous two seasons only to lose to Arsenal and Leicester City respectively.

The west London giants will be desperate to avoid another disappointment at Wembley, considering they also succumbed to a penalty shoot-out loss to Liverpool in the Carabao Cup final this season.

Kovacic’s injury is a big blow for the Blues. Ruben Loftus-Cheek partnered Jorginho following his setback, but Tuchel will be hoping that N’Golo Kante can recover from his injury in time.

Talking about injuries, Liverpool will also be missing a key player in Fabinho in the centre of the park with a hamstring issue. The Brazil international could return for the Champions League final.